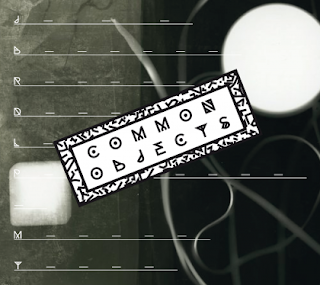 A live set from earlier this year, well-paced, with quite varied sound fields--all around, excellent. I'm not sure how long this trio has been extant but adding Patterson to the existing, occasional duo of Butcher and Davies is such a good fit. While each of the elder members has an extensive range of this own, Patterson adds spices that compliment each of them beautifully, maybe even draws them out. Davies, while often engaging in his gorgeous drones, is a bit more rambunctious here than I've often heard (in, of course, exposure limited to discs that find their way here), doing more actual plucking of the harp strings than I expect while Butcher, though often as vociferous as he can be, subsides into soft contemplation more often than in my recent experience with him, live and on disc. The structure of the album is three fairly short solo pieces followed by a half-hour plus of the trio. A fine Davies track containing the kind of soft but acid-tinged drone one might expect begins things, soon augmented by a lovely harp tinkle, just stunning. Butcher's up next, juxtaposing flutter-tonguing with feedback tones and much else, quite a tour de force. Patterson brings things down to a rich, edgy simmer, revisiting the drone Davies left off on, adding small, hard objects to the mix, eventually dissolving into some finely awkward clunks and thumps--a wonderful piece.

The trio set is more disparate, sometimes entering harsher territory than one might expect, especially near the end, Davies (I think) sawing violently at his harp--it's very exciting. Prior to that, about midway through, there's a great section of dronage, really rich. There's a lumpy, almost lurching quality to the music as a whole, something that initially put me off a bit but eventually, as I did a better job of discarding my expectations, I enjoyed quite a bit. The title given, after all, is "Breathless, Sodden Trash" and with Patterson's crackles leading the way, it winds down in the gutter, a mournful Butcher howling with feedback. 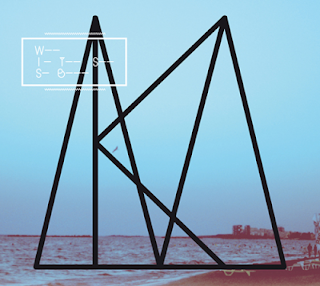 Margareth Kammerer - Why Is the Sky So Blue (Mikroton)

I keep wanting to like the avant-song movement that, among others, involves Kammerer and Christof Kurzmann much more than I end up liking it. This is a 2006 session, Kammerer and Kurzmann accompanied by three other fine musicians, Axel Dörner, Burkhard Stangl (vibes in addition to guitar) and Werner Dafeldecker, who is really good here. Percussionists Big Daddy Mugglestone [sic] and Marcello Silvio Busato also appear. My problem is a combination of not entirely getting into the vocals combined with the feeling that the song structures uncomfortably straddle the area between more traditional composition and a kind of looseness they apparently strive for but, to my ears, miss both. Here, lyrics often taken from existing standards or poems are set to music by Kammerer, arranged by Kurzmann.

Kammerer's voice reminds me a bit of Astrud Gilberto in the sense of having a limited range but whereas the latter had a voice that I can happily lose myself in no matter its sameness, Kammerer's wears me out rather quickly. Elsewhere, I recall Julie Tippett but without the bite. That sameness pervades the compositions as well. They're languid, relaxed to the point of sliding to the floor. It's rare that I really have any desire to hear a hook but damned if I didn't feel that way several times during this disc. There's a zone that can exist intermediately, to be sure--Ashley mines it regularly to great effect--but for these ears, there's too much shapelessness, too much similarity in the vocal lines. Studio atmospherics, including echo, are overused. It is a very intimate recording and if one thinks of the music more as a casual, living room performance, it has its charms. 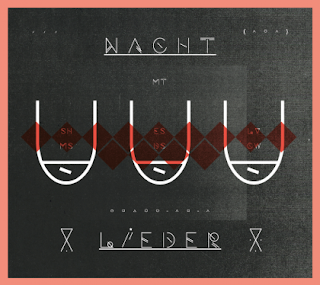 The disc opens with a brief recording of a street scene (a mall? the track is called, "Buy Berlin") with an accordionist lustily singing which segues easily into Venitucci's own squeezebox on "Nachtlied". Thieke seems to be picking up on some of the directions implied by his duo with Kai Fagaschinski, weaving melodic material into structures that refer implicitly to song-form, kind of an abstracted, more classical Radian (fitting enough, given Siewert's inclusion). "Nachtlied" is like a very slow, tired and beautiful lullaby, low arco basses carrying nervous accordion and percussion, obscuring a melodic line that nonetheless makes its presence felt. Long, keening lines from clarinet and guitar are joined by percussive pulses in "Silent Bob", referencing classic jazz rock (early Mahavishnu?) without descending anywhere near its bathos, subsiding into a gorgeous glow. When they veer into louder, closer to rockish free jazz (a softer edged Last Exit), as on "The Joy, Joy, Joy of Meeting Somebody New" (heh), they're efficient but, to my ears, play against their strengths. The cover of the Thompson piece, which I didn't know beforehand, is a great example of one way to accommodate a pop song-form without condescending or overly fawning. Beautifully arranged for layers of electronics and clarinets, a strong muffled pulse that sits just this side of a leaden backbeat, rich harmonies and and overall sense of simplicity and adherence to the theme, actually drawing more out of it than I heard while checking out the original on YouTube. It's quite pretty, a kind of prettiness that someone like Bill Frisell could only dream of. "And Smite" gets into a little Badalamenti territory while the two closing improvisations again evince something of a Radian aspect, especially the drumming. All these references may give the impression of a lack of originality--in some sense, I suppose that might be the case, but the performance and conception is handled so well here, that, to my ears, it doesn't matter. 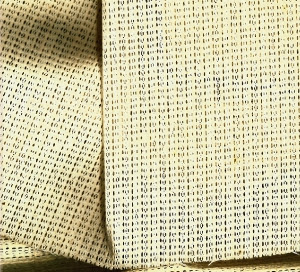 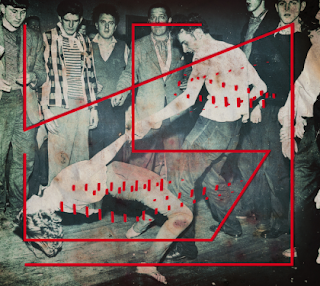 A pair of recordings from Belorukov (prepared alto saxophone) and LIedwart (ppooll, objects, field recordings), the former from spring of 2011, the latter from the fall of 2012.

The general approach on "Obwod", the subtle, soft melding of enhanced alto with electronics, brings to mind the Cathnor release from Graham Halliwell and Tomas Korber of a few years back, though this one contains perhaps a smidgen more rudeness. The four tracks don't diverge all that far from one another, tackling slightly different timbres, always long, shifting tones, usually very attractive on their own in a sour fashion, quiet throughout. In essence, it's not anything we haven't encountered along the way at times, but it's extremely well handled, carefully considered and well worth hearing.

While I enjoyed "Obwod" well enough, I was at the same time very please that "Vtoroi", a live recording, is substantially different. Not that you couldn't guess the same perpetrators are involved, but the palette has been widened a decent amount, allowing for sharper, more irregular elements to enter that steady tone-stream. It's still quiet (though there are a couple of moments of rambunctiousness) but sections have become a bit more fragmented, calving into shards that float alongside the longer, underlying lines as well as falling off into periods of near silence. Toward the end of the third track, "Ikkemesh", thanks shatter completely into a welter of fractured field recordings and electronics. While, when all is said and done, I may prefer their quieter side, I'm pleased to hear the willingness to venture elsewhere.

A good pairing, I think--curious to hear where they go from here.

Rhodri kindly informs me that although Butcher is indeed as antiquated as yours truly (born in 1954), he and Lee both entered the world in 1971. It wasn't that I overestimated the age of Mr. Davies--I just thought that Squire Patterson was more youthful! :-)