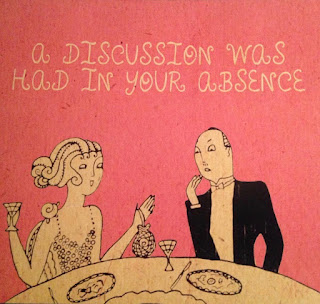 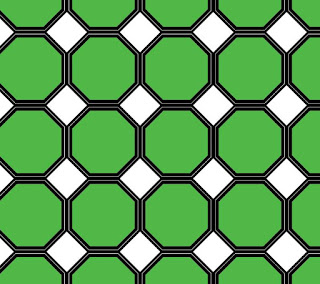 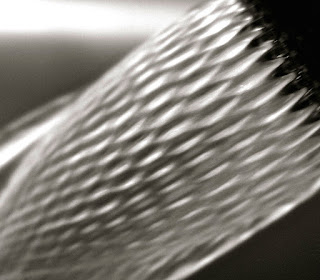 Not that I'm about to provide a list of examples, but I feel safe in saying that there exists a sub-genre of improvised electronic music wherein a substantial portion of its constituent elements consists of, in one sense or another, melodic material. Sometimes it's explicit but more often, I find, it's a difficult-to-quantify sensibility that weaves among the more abstract sounds. There's a risk involved here, of course, a danger of over-reliance on more easily digestible sequences that can unfairly buttress work whose structure is otherwise unremarkable.

I'm not sure if I've heard Rogers' work before though, from what I can glean from the notes accompanying this release, he's likely the one more responsible for the various infusions of at least quasi-melodicism to be found here. And he does it superbly. Among the first sounds we hear, after what seems to be a relatively steady pluck at dampened, unresonant guitar strings, is the distant, slightly distorted traces of an orchestral tune-up and perhaps some initial notes; it will bracket the performance. Matters swiftly become dense; the taps deepen and echo, some (maybe) rubbed strings flutter through the middle ground, waves of white noise that seem made up of human sounds in an underground passageway. The whole is immediately ultra-evocative, though of no set place or situation. Some five minutes in, a single, high piano note is heard amidst loud shudders. Played live? On tape? No idea. It splays out slightly, remaining in the higher registers, playing a sequence of one, two and three notes, very poignant and isolated. A tinge of Tilbury. It's couched throughout by a complex but subtle, dusty drone that sharply foregrounds the piano as though lit in front of a dark, windswept landscape. Harsh, electronic rumbles intrude, sounding like a live jack being jostled in its socket, followed by soft clinking, a foretaste perhaps of the dropped coins that will soon become a more or less through-going presence. Another melodic fragment, a four-note sequence that resembles an old-time radio alert, now on guitar (?). It repeats with the odd variation, nestling into a prickly haze of long hums. That billowy drone, vaguely tonal in nature, predominates for a while, punctuated not only by the coin drops but by other mysterious sounds, movement on foot, breaths, many other things. I won't describe much more in detail except to note that the balance between the mundane and ethereal, the noise and the (imported) melodic is maintained throughout, along with excellently judged shifts in timbre and dynamics while maintaining an ever-engrossing structural arc. When the tuning orchestra returns, it's both clearer and transformed, warped into a rather amazing new sound-world.

A fine recording, brimming with ideas. 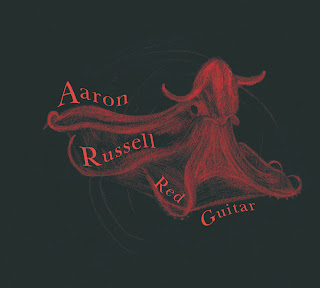 I'm more or less new to Aaron Russell's work as well, though I think I heard at least one Weird Weeds recording back when, a band of which Russell was a member. This is a set of seven pieces for the solo electric guitar of the album's title, all of them bearing a pure, rich sound. Maybe even more than the pieces themselves, which are loosely folkish-bluesy, the sound of the guitar is what enraptures. Most of the tracks are on the short side but they all have a meditative quality that recalls, say, Robbie Basho, nicely unfurling in a way that straddles the structured/unstructured divide, both very attractive on the surface and hinting at deeper concerns. Those latter manifest on the album's one longer work, 'Pink Lights' which, to these ears, is the standout piece. Over the first 2/3 of its 16 minutes, Russell reins things in wonderfully, iterating a set sequence over and over, subtly varied, allowed to hang in the air and resonate. Oddly, it reminds me of Branca's 'The Spectacular Commodity' though sans any bombast, thankfully. It does carry something of a regal bearing, though, a kind of clarion call. After a lulling five minutes, he shifts to a fascinating, almost alarming pair of chords, the high notes therein sounding a like a cry for aid; really great and sustained for quite a while, bending in pitch ever so slightly. Around the 11-minute mark, Russell alters course again, developing a lovely, ambiguous arpeggio (again recalling, for me, Basho) that he allows to recur over and over, with embellishments, for the duration of the piece. A very beautiful work, thoughtful and...calmly agitated.