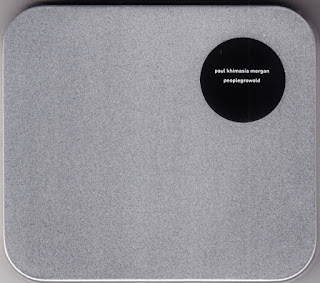 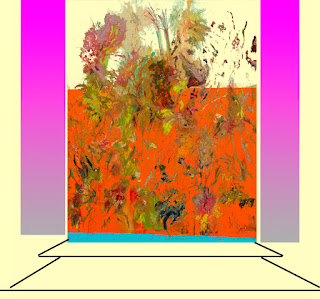 It goes without saying that there's never enough harmonica in contemporary experimental music, so Steenberge's fine recording has a leg up from the get go. She attended Cal Arts and I'm guessing studied with Michael Pisaro (she appears on his recording, 'Tombstones') and perhaps James Tenney. Not that their influence is marked--it's not--but a vague glimmer of the kind of gentle individualism they teach is apparent on this very unique effort.

There are nine tracks, in three groupings. The first two, 'Ritual for Harmonica' and
'Chant - Harmonica', are the longest pieces at about 12 and 20 minutes respectively and, as their titles might indicate, are the ones with a ritualistic aura. On both, Steenberge hums/sings at the same time as she plays the harmonica, the latter often acting as a kind of drone or pedal point. 'Ritual for Harmonica' uses long tones, burled and complex in their layerings, the vibrato of the voice offset against the subtler vibrato of the harmonica chords. When pitched higher, she almost gets a Lucier-like effect of adjacent tone interference. But the overall cast is one of solitary reflection, thoughts unfurling in strings that are emitted in a quasi-regular manner but vary--intuitively, one feels--in any number of characteristics. (I pick up a glass-like sound as well, as though she's also blowing through, perhaps, a bottle). 'Chant - Harmonica', delves deeper, a series of rich, dark, undulating lines seemingly lasting as long as a breath, the low, buzzing harmonica chord bracing the simple "melody" atop, a sung line (anywhere from 3 to 15 notes) that indeed obliquely recalls the idea of "chant", though from what culture I'd find impossible to say. Her bio references a study if Byzantine chants, but I also find myself thinking along didjeridoo lines. The piece is extremely immersive as well as demanding, developing intensity and intricacy as it progresses--you really have to give yourself up and just wallow in it. Very beautiful.

The trio of pieces bearing the title, 'Sphere' (1, 2 & 3) are quite different, tending toward the high range of the instrument and involving swirling, airy patterns, sometimes reminding me of some of Guy Klucevsek's more abstract explorations (there's some accordion kinship here, I think). Mysterious and enticing, sparkles in an ice cloud. The final four compositions are more songlike in nature, though only vaguely so; maybe the titles nudge one in that direction. On 'The Lady of Shallot', the harmonica takes on a character that sometimes resembles a recorder before splaying out in shimmering, prismatic chords. Thinking of it, maybe it's the title of the following piece, 'Pan and Apollo' that got me thinking of pipes. Here, a rapid cycle of notes alternates between a medium-high, repeating swirl and a much higher, oddly distorting one, eventually overlapping and intermingling--oddly disorienting and quite effective. 'The King's Ears' has a bit of a fanfare quality as well as great sonic depth between both pitches and timbres. It shifts from the initial "announcement" aspect to a kind of chorale, a sung and sighed paean and, finally, to a kind of fast jig. 'Rip Van Winkle' closes thing out sleepily and dreamily, billows of gentle snores, in and out, in and out, yawning and stretching.

A wonderful and unusual recording. 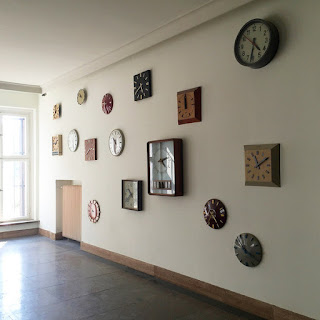 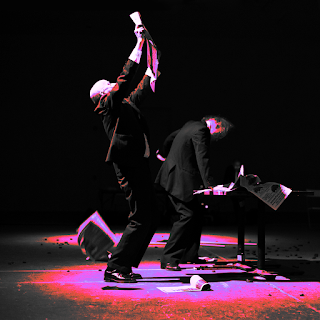