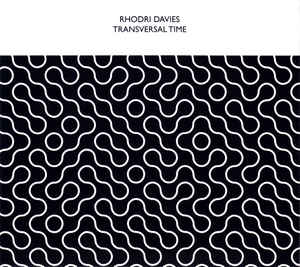 'Transversal Time' is a single, 38-minute work composed by Davies, performed by a nonet consisting of Ryoko Akama (electronics), Davies (pedal harp, electric harp), Sarah Hughes (zither), Sofia Jernberg (vocals), Pia Palme (contrabass recorder), Adam Parkinson (programming), Lucy Railton (cello), Pat Thomas (piano, electronics) and Dafne Vicente-Sandoval (bassoon). David Toop's absorbing and detailed liner notes go more into Davies' familial history and the nature of clock time than the specifics of the piece, but do indicate that the composer assigned various "time systems" to individual instrumentalists. Beyond that, one guesses the sounds are improvised within that structure, though it's difficult (for me) to say for certain.

The sounds created, for much of the first half of the piece, are of long duration and quiet to medium-quiet dynamics, with considerable fluttering from the recorder and a kind of creaky warbling from the voice (think Ami Yoshida). These are embedded in a sound world not too far from that often heard in Éliane Radigue's work, with whom Davies has worked intimately for many years now, though it's never so...creamy. Things shift subtly over the second half, the piano (inside and/or prepared) negotiating a path through cello and, perhaps, other bowed strings, very dark, very much on tiptoe and quite thrilling. Eventually, the eerie smoothness, now illuminated by flashes from the electronics, comes to dominate, a kind of uneasy peace. It's a fascinating, multi-layered work, one that becomes itchier and more unsettling the deeper one listens. 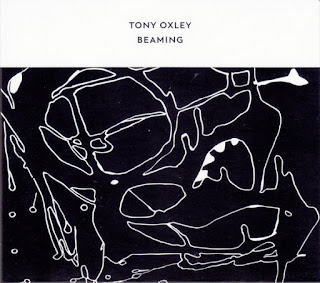 I'm not certain I've deciphered the ins and outs re: the construction of this recording, but on the surface we have a collaboration between Oxley (electronics and concept) and Stefan Hölker (acoustic percussion), the former also credited with "Material 1972, electronic frame". I'm not sure if the release, recorded on November 25, 2019, involves tapes of a 1972 performance incorporated into a live performance of percussion and electronic permutation or simply a live improvisation with the materials at hand.

The frame in question is presumably this one, or an adaptation of it, constructed in recent years by Oxley. 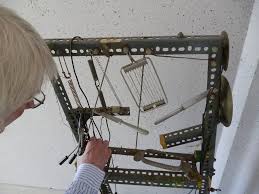 Six tracks, all very active and colorful, the latter aspect having much to do with the amount of metal, often resonant and light-sounding, deployed. I don't otherwise know Hölker's work but listeners familiar with Oxley will find themselves in recognizable territory. For my taste, there's more than enough constant activity to render matters somewhat overly busy with no time allotted for appreciating sounds in space or singular relationships of same. I sometimes had the (not unattractive) image of a large cauldron full of metallic objects being swiftly stirred by a heavy, wooden  implement. But, as said, the colors generated, including subtle electronics and seemingly pianistic ones, go some way toward mitigating any misgivings and fans more attuned to the long history of that area of the free improv tradition will find this a welcome example of ongoing creativity from a master now into his 80s. 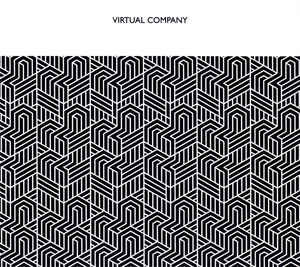 The notion isn't without precedent. John Tilbury, for one, accomplished it in his unflinchingly titled, 'Playing with a Dead Person' (Bôłt, BR LP03, 2016). Coincidentally, the decedent in question was Derek Bailey, as is half the case here. If my memory is correct, Tilbury took the opportunity to "collaborate" in that manner as a remedy for his regret at not having been able to do so while Bailey was alive, things never quite having fallen into place. With 'Virtual Company', the living improvisers are Simon H. Fell (double bass) and Mark Wastell (violoncello, percussion), who each had extensive experience performing with Bailey and, to some extent, Will Gaines, the other deceased musician represented herein.

Despite the allusion to Bailey's improvisatory Company project, there's a good deal of construction in play here and its nature is pretty fascinating. As described in his excellent liner notes, Fell determined a 45-minute duration for the work and decided that Bailey would "play" for 30 minutes and Gaines' taps and voice would be heard for about half the span. He then took snippets from the recordings of both, ranging from a few seconds to a couple of minutes, interspersed those with silences of somewhat lesser duration and digitized them. For a Virtual Company performance, these samples are played back in random order, resulting in an impossibly vast possibility of sequences, along with which the living musicians improvise.

How do the results sound? Well, this performance, recorded at Cafe OTO in 2018, intended as a "quintet" with Rhodri Davies who was unable to make the gig, pretty much sounds like an actual event with four present musicians. As Fell notes, Bailey had been in the habit, in the 1990s, of playing along with pirate radio stations and I've long had the impression that he, when on stage with musicians who were, shall we say, not quite in his league, would simply treat the sounds they made as ambient sound with/against which to improvise. In his recordings with Gaines, one has the impression of somewhat more direct interplay, at least on occasion, but their reincarnation here, spliced and randomized as it is, doesn't come off as drastically different (which is to say, intricate and absorbing). Only the sporadic silences from guitarist and tapper might clue in the unwary listener. I wonder if Fell and Wastell, eyes closed and allowing for the physical absence of direct guitar or shoe presence versus sounds emanating from speakers, weren't able to react to the music as though issuing "normally". Tremendous players both, they seem almost eerily at home in this context. Had I heard this recording "blindfolded", I have no reason to think that I could have detected anything unusual afoot. I'm reasonably sure I would have been pleasantly surprised at the emergence of a wonderful archival release from four fine musicians, fitting in quite well with my past experiences with all of them. That Fell was able to weave this magic together says a great deal for both his, and  Wastell's, skill and their love for the departed.