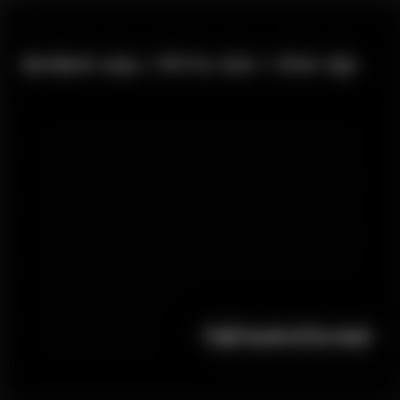 [Very mysteriously, all of the cover images I can find of this album show text (artists and titles) but when I copy to my computer, the result is solid black. Odd]

After I duly familiarized myself with the Amon Düül song that served as inspiration for this release, I sat down and listened to the Italian ensemble, Alter Ego (Manuel Zurria, flutes; Paolo Ravaglia, clarinets; Aldo Campagniari, violin; Francesco Dillon, violoncello; Oscar Pizzo, keyboards; Eugenio Vatta, sound projection) tackle the work. It wasn't immediately clear exactly what I was hearing. Without previously having read about the nature of the piece, I might at first have gleaned that the group was engaged in some aspect of acoustically looping material, even that said material's source was a snippet, or a number of snippets, from somewhere else. But the song, I presumed, had been sliced thinly enough to render any sort of recognition beside the point. And if Jeck was actually participating here (rather than having supplied the Düülish kernels from which Lang derived his score), I couldn't tell. So, I began to listen to the piece as music, regardless of its origin.

Then, some twelve minutes in (the release is two LPs, about 76 minutes total), a new set of sounds emerged, electronic in nature--a sliver of the song or several slivers, looping and echoing in the space--we were in a different area. There's a good mix between the turntables and the ensemble, a nice give and take as the acoustic instruments roughly imitate the fragments of the song, Jeck's sounds swirling behind and through them. The work shifts focus every so often, presumably isolating various segments of the Amon Düül piece, but there's always pretty intense activity in place. Interestingly, the original song, to my ears, had tinges of 60s era Terry Riley and parts of the Lang composition, say toward the beginning of Side C, are very reminiscent of "In C"--my favorite portion. There's a major shift about 50 minute in with a short section of forthright, unison playing after which a more drifting, smokier section ensues, arguably coming the closest thus far to the feel of the song. Side D returns to a stop and start, more fragmented reading, the pace slowing, even grinding. About four minutes before the work's conclusion, another sprightly, almost Bartokian line springs up, sending everyone hurtling to the finish.

Was it worth the 76 minutes? Not entirely, to my ears. While the music is never uninteresting, there's not enough depth to sustain matters over the length; 15-20 minutes might have sufficed. The basic conceit can't bear much more than that. Unless there is wealth undreamt of by me in Amon Düül. 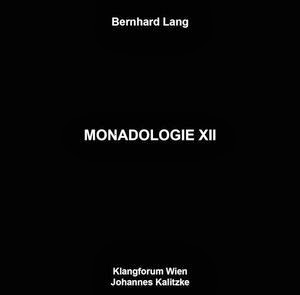 Inside the album gatefold, one sees images culled from John Conway's "Game of Life" leading the listener to guess that aural versions of cellular automata might be in play here. How one actually hears that is another question though one can imagine a relationship between that program and Leibniz' concept of Monadology which, i take it, serves as the source of the title (a series of works--I've not heard the preceding ones). The composition, in three sections, is performed by Klangforum Wien, a ten-piece acoustic ensemble (winds, percussion, accordion, piano) conducted by Johannes Kalitzke. The titles of the parts imply themes outside of game theory and rationalist philosophy: "The Ritual of Tearing Out the Heart", "The Awakening" and "Sweet Revenge".

As for the music--from what I gather, Monadologie XII carries much more of a jazz tinge than is normally the case for Lang. The prominence of saxophone (Gerald Preinfalk) and percussion (Björn Wilker and Adam Weisman) contribute to this feeling, though more in apparent nods to the European free improv tradition than to post-Coltrane conceptions. The first track, which occupies Side One, contains much fluttering playing by the winds, a kind of lyrical abstraction that might recall some Elliott Carter, though with refreshing bursts of rudeness. The phrases are parceled out in discrete sections (with minimal space between), most clearly toward the end, making it easy to create analogies with modular automata if one wishes. If not, it's still a fairly pleasurable, bubbly ride. The percussion in "The Awakening" makes clear reference to jazz--one can almost imagine an ensemble like the ICP Orchestra. It's a difficult balance--there's some tension between winds and percussion (including piano), but also between the nods toward improvisation and what I take to be a notated score. But that tension can be both frustrating and the source of some real excitement, the latter occurring about three quarters of the way through this cut, leading to a fine, troubled coda for accordion which in turn segues into some surprising double bass work that sounds for all the world like Malachi Favors. The composition ends with "Sweet Revenge", possibly the jazziest of the sections, featuring the trumpet of Anders Nyqvist propelled by accordion, piano and percussion; I found myself recalling Krzysztof Komeda a bit.

I'm not entirely convinced but Lang avoids many of the pitfalls that often beset this kind of melange, including the pall of academic aridity, keeping matters lively and relatively raw. Fans of ICP or Vienna Art Orchestra and the like will doubtless enjoy it.