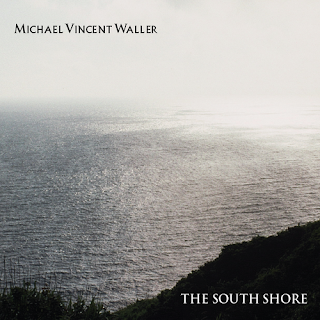 Waller is a strange bird. A young composer, born in 1985, who studied with La Monte Young, Bunita Marcus and Petr Kotik, though I think it's fair to say that if you heard almost any of his pieces unaware, those aren't three influences you'd be likely to cite. Indeed, aural evidence of Waller existing at all in this century, apart from perhaps some passing references to a kind of soft, calm minimalism, are hard to come by. Although the music doesn't really sound remotely similar, I found myself thinking of the British composers Dave Smith and John White, particularly the latter's miniature piano sonatas, music that seems to exist oddly outside its time. Had I been presented with a given piece herein as a kind of blindfold test (and had I not previously heard several of Waller's compositions), I don't know what I'd have guessed. Barber? Vaughn Williams? Hard to say. Twenty-one pieces on this two-disc, 137-minute set, some with several movements, presented by twenty-five or so musicians in various configurations; cellist Christine Kim is prominently featured. There's also one work performed by the Dedalus Ensemble and a couple with clarinetist Katie Porter. The pieces tend toward the brief (many around four to five minutes), the longest lasting a bit over ten, virtually all in a medium-low dynamic range and ballad-like tempo, nothing very quiet or loud, very slow or fast.

Perhaps that's an issue: the relative sameness over the duration, not only in the above matters but also in mood. The initial work, "Anthems", for cello (Kim) and piano (Yael Manor) sets the tone--a lovely, brooding line on cello, darkly Romantic, with tender, accommodating adornment from the piano. Like all of the music here, it's finely conducted, lovingly played; as a stand-alone piece, it's fine. That can be said about most of the music here--sometimes it dips into areas a bit too sugary and precious for my taste but, just as often it reaches out into slightly more bitter territory, which comes as a welcome change of pace. But overall, we have a series of well-written, charming compositions for small groupings or solos that meld together (in my mind) a bit too much, reworking similar ideas (albeit in, as "Blue" Gene Tyranny points out in his liner notes, a multitude of modes). "Per La Madre e La Nonna", for string trio (Kim, with Pauline Kim-Harris, violin and Daniel Panner, viola) stands out for its extra lyricism and some dancelike sequences and "Organum" (Carson Cooman on organ), with discreet nods to Terry Riley circa "Shri Camel", is a refreshing tonic, sporting a natural, raga-like narrative. "Ritratto" is beautifully played by Dedalus and contains some nice bits of cloudiness amidst a minimalist swirl as well as unexpected passages for electric guitar. "Y for Henry Flynt" (solo cello), is a favorite here. Though it sounds nothing like Flynt's music, the sorrowful, slightly sour melodic lines provide needed astringency--a strong work. The two compositions that close this set, "Arbitrage Deux" (solo clarinet, Porter) and "Arbitrage" (bass clarinet and gong percussion--Devin Maxwell) also number among my favorites, bearing a subtler melancholic tinge in the former and Crumbian kind of mystery in the latter.

While I'm not as taken, generally, as I am with other composers who reside in (quasi) traditional modes (say, Skempton), Waller's music is clean, well-crafted and polished to an attractive degree. Too polished for some palates, I'm sure, but just right for listeners seeking warm comfort.