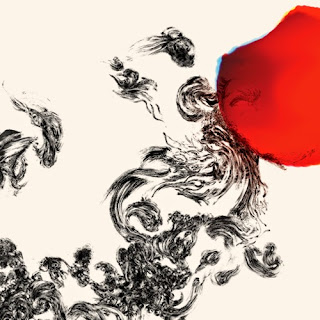 Three works that take songbirds recorded in Taiwan, France and Honduras and integrate, loop and otherwise warp them via filters and synthesizers.

The title piece reminds me a bit of early Riley (who, admittedly, I've been listening to a lot lately), which is a good thing, the songs and chirps quite recognizable, arrayed over both beatlike pulses and recurrent whistles, among other things, attaining a fine mix of natural and enhanced sounds. It's in two sections, the second coming across as sparer, intriguingly so, the sounds more individualized and isolated from one another, forming a tenuous carpet of blurps and fragmented birdcalls. "aurora pendulum elasticata" lies more in a drone territory (actually, it sounds like beats were sped up enough to become almost indistinguishable), the rapid surge fluctuating subtly amidst the avian displays, disrupted by a harsh squawk now and then. It splays out from there, the electronics varying in intensity, sometimes being absorbed by the sounds from the tree, elsewhere predominating, very satisfying with more breadth than heard earlier, an even richer balance achieved--a lovely, unusual work. "panotii garrulax forticeps" reintroduces a beat--a slow, sticky one--and features sounds, presumably synthesized, that resemble plucked, koto-like instruments as well as struck bamboo, the birds singing freely above. It's quirky, giddy and very enjoyable, as is the entire disc--very out of the ordinary. Faced with the prospect of a release devoted to bird song and synthesized sounds, my tendency would likely be to demur, but this album won me over--good work. 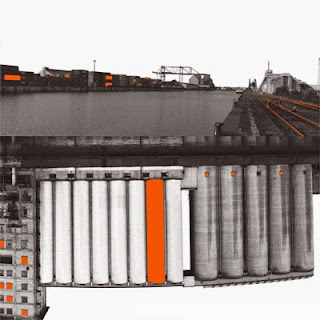 A 3" disc containing two tracks sourced from harbor sounds recorded on the Rhine in and around Strasbourg.

The first carries both fluttering and throbbing drones as well as a deep, buried two-note sequence and pulse beneath footsteps, radio voices and other, vaguer local sounds; it's more about the electronics (or processed sound) than field recordings, though and is very moody and attractive, somewhere in a Fennesz zone but an exceptionally good one. Very cinematic, could even see this as working with a Béla Tarr sequence, a fine piece. The second track foregrounds the harbor sounds a bit more but still provides strong buttressing with drones fuzzy and thin. No real pulse, however, making for a looser, more amorphous and unforced work, bearing a wide sonic palette but managing to cohere well enough, the dock-groaning sounds midway through being especially captivating. It closes with birds, serendipitously tying it back in with the preceding disc.

A strong effort, quite rich.