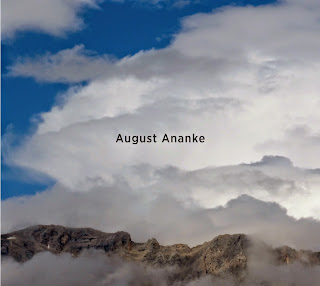 Like many a listener, I have my share of problems with free-improvising vocalists. No matter how "good" they are at their craft--and Blonk is certainly very good--there's something of a wall I find difficult to surmount, some excess of emotiveness perhaps. Though when channeled into more traditional forms, for example, Phil Minton singing "The Cutty Wren", I can find such vocals exhilarating. Generally though, I prefer my singers in the territory inhabited by the Ami Yoshidas (haven't heard anything from her in ages) and Christian Kestens of the scene, to take just two musicians. My experiences with Blonk, both live and on recording, have been similarly problematic so I approached this disc with a fair amount of trepidation.

Well, quite a surprise then. Perhaps I've simply missed this aspect of Blonk's musical endeavors (quite possible), but we have here "eight meditations on Just Intonation" (the subtitle of the disc) with nary a vocal in sight--at least, I don't think so. The first track, "Ataraxia" is made up of floating, sinuous tones that remind me a little of the later portions of Lucier's "I Am Sitting in a Room". I I was told that the source of the sounds was a voice, I wouldn't be entirely surprised though I can't say I detect speech cadences or anything of the sort, things that are usually tough to "hide". It's very beautiful, however, as is the ensuing cut, "Agape", which opens into more percussive territory, though with very much a sustained bell-tone aura. This is again extended in "Aspera" (you may detect a pattern here) where the tones become more individuated and lean decidedly toward the southeast Asian; really lovely. The lengthy "Adwaita" fluctuates, perhaps a bit uneasily from koto-like to pure electronics to shamisen tones and others, each pretty interesting though not congealing into a whole to these ears. I should pause to mention that despite the subtitle and sonic references to plucked strings, there's really nothing Partchian in effect about this; it exists in its own, discreet, justly intoned world. Three shorter pieces, not too dissimilar form some of the first ones, follow, leading to another longer work, "Anabasis", which concludes the disc. It's possibly my favorite and also the most complex, with layers of electronically generated beats in different tempi but often quite fast, intersecting over a slow, dreamy base, augmented by dry wind sounds. Though the beats are clearly of non-human origin, they retain an odd warmth, sometimes like clouds of chittering insects. A fine, absorbing, ticklish piece and an unexpectedly (to me) enjoyable album, both approachable and fascinating in tone and rhythm. 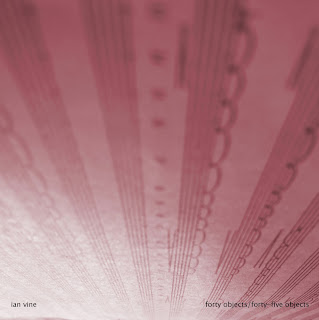 Two dense drone pieces. As I understand it, there are forty and forty-five parts respectively, all electric guitar played by Vine, each part subtly different with a unique note sequence, all overlaid, the resultant variances providing much of the "meat" of the works. The music is very much for aficionados of the drone as the relentless, humming presence of these beasts will try the patience of listeners seeking more activity or free space. However, I had no problem immersing myself, paying close attention to as much variation within as I was able, trying to register and correlate the huge number of strands that pulsate along. The two works are similar enough, the first bearing a somewhat sandier texture, even conjuring up a mirage-y sensation, given the shimmering. Not much else to say except, plunge in and hear for yourself.