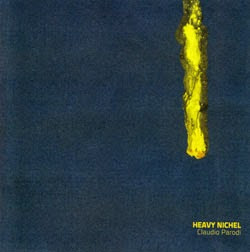 For tracks, totaling over an hour, of solo improvisations on Turkish clarinet. I'm not precisely sure what a Turkish clarinet is though from what I can tell, it's somewhat longer than a traditional, Western version and, from what I can hear on this recording, sounds as though pitched a little deeper, say halfway between a clarinet and bass clarinet. The tracks are presented unadorned, in the order in which they were recorded, nicely bare bones. The playing has its roots in free jazz but generally carries tinges of folk musics, vaguely references via repeated kernels and, more often than not, a lyrical character. Which is not to say that Parodi doesn't indulge in extended techniques and atonality--he does, but pretty much keeps rein on them, remains thoughtful and often quiet. At its most vociferous, I'm reminded of the late Willem Breuker's bass clarinet excursions but Parodi tends to play things closer to the vest. I prefer those quieter moments when you get the sense that the inherent properties of the instrument are being investigated although, as this is closer to efi, situating the sounds in the room isn't so much of a concern. I can't say that there's much here that hasn't been covered before, but Parodi plays well and seriously and possesses a nice, underlying melodicism that supports the music very well, both at its most tenuous and most strident. 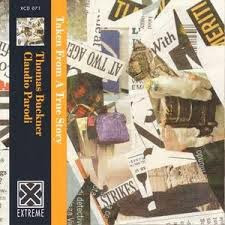 Parodi once again on Turkish clarinet with Buckner on voice, recorded in 2008.

Long-time readers might be aware that I've always had my share of problems with Buckner, apart from--occasionally--some work with the late Robert Ashley. Something about the choices he tends to make, the "phraseology", if you will, that he employs, just grates on me. This disc is made up of ten songs, and "song" seems to be an apt description, the voice and clarinet intertwining in a sympathetic, quasi-melodic manner, the pieces ranging from a bit over a minute to a tad under eight. Buckner, unlike, say, Christian Kesten, is less interested in creating, with Parodi, a set of sounds growing from the room than in expounding a series of vernaculars, time-tested on the free scene for quite a while now, not fundamentally different from your garden variety avant jazz-based improviser but carrying the (unfair but inevitable) extra frisson that comes along with the recognition of the voice on the part of the listener and the baggage that ensues. Unlike vocalists such as Kesten (or even, at the other end of the spectrum, Phil Minton), Buckner occupies, to my ears, an uncomfortable middle ground, neither abstracting himself enough nor launching full force into the guts of a piece. It's one of those free improv recordings where the closer the musicians come to "traditional" forms or melodies--not too close, mind you--the more successful the music becomes. It's a difficult field, to my way of thinking, to exploit well. When, as in the curiously titled, "Vegetarian food is delicious, but God bless the pork" and "Obituary", Buckner reins things in a bit, unspools some lyrical lines, it comports well with Parodi's offerings (the latter is as adept here as in the above solo release) and the two voices merge, their languages sounding unforced. Too often, it's the same bag of tricks, extended techniques for their own sake which still leave me unmoved.