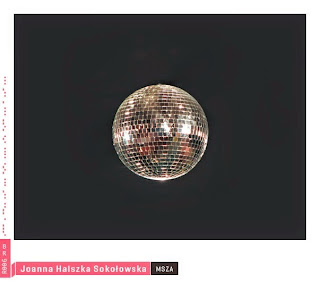 An operetta of sorts, revolving around the nature of names, referencing Gertrude Stein, Robert Ashley, Rilke, disco (in cover image if not in the music) and, I'm tempted to say, Popeye (after all, the opening track is titled, "I Am What I Am", a phrase which reappears throughout the work). Composed by Sokołowska, with a libretto by Michał Libera and performed by (aside from the composer on voice and other instruments), Jerzy Rogiewicz on piano and seven other vocalists. That opener finds a Laurie-Anderson-ishly warped voice reading over a radiant, eternal organ chord, gradually segueing in and out of melodic song, the parts well differentiated and attractively reflecting off one another. That suspended tonality, whether via piano, voices or electronic keyboards, is a constant presence and works quite well as an off-setting color to the voices, for example the male voice speaking, in English, recounting a rather everyday story of confused identities, numbers and addresses, sounding like Steve Buscemi in dream-state. Many of the direct referents ("a rose is a rose", "what's in a name?" a Beethoven extract from "Moonlight Sonata") are trite, though I can't tell how intentional that is and, in any case, they manage to fit in without causing the listener undo squeamishness. Sokołowska breaks stride a bit in the short concluding track, bringing in a gospel tinge with a high, sweet soprano.

An oddly enjoyable effort, recommended for Ashley fans, among others. 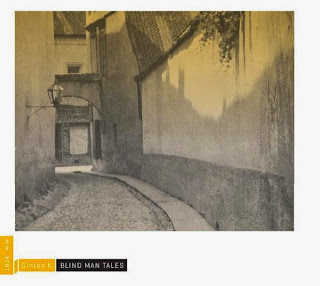 Constructed from an archive of "holiday sound files", Gintas K weaves a lengthy, complex electro-acoustic foray that, if anything, reminds me a little of the work of Lionel Marchetti in its combination of abstract sounds with recordings of distant locales, both natural sounds (insects, water, etc.) and manmade (percussion, various urban noises) although, as presented here, I'd have to offer the caveat that it's possible I'm mishearing these sounds, that they're in fact derived from entirely other sources. Many of the more inherently resonant sounds have been distorted, making it difficult to tell if they were originally pianos, balafons or harps, for example, while many of the swirls that wind between have a sandy edged, further scouring those sounds, blurring them into a partial dreamy haze with, nonetheless, sharp corners poking through. Two tracks here, one some 40 minutes long which varies textures quite appealingly, interrupting that cloudiness on occasion with brief busts of near silence and staccato noises, before plunging back into an more Fenneszian state, eventually conjuring up quite a storm with ringing sonorities virtually buried in a blizzard of static.

Strong work, especially for listeners who've been impatiently waiting for musicians like Fennesz to get back on the stick. 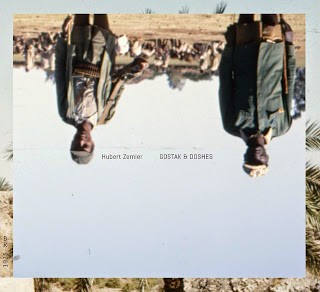 Six pieces recorded in the vaults of a Polish church by Zemler (drums and percussion) and, on two tracks, Miłosz Pękala (vibraphone).

Zemler seems concerned with rhythms of a somber and unusual character as well as timbres and colors, always evincing a rich variety of tones arrayed in a hushed atmosphere. The rhythms, oddly, evoke Feldman now and then, though more regular and overt. The initial track, for instance, is almost processional-like but a tad quicker, evoking ritual without stating it explicitly, like a somewhat nervous monk who's heard "Crippled Symmetry". Sometimes, Zemler adopts a more forceful tack as on "Dji" which possibly references West African drumming. The two cuts with Pękala, both variations on songs by the band, Suaves Figures, are especially lovely, the shimmering vibes working perfectly, creating delicate clouds with vague nods to Southeast Asia. The closing piece for drum set begins in a rather routine mode but soon pares itself down to gentle taps of varying pitch again in quiet rhythms, augmented now and then by a tiny ringing tone, as though the drums are eliciting a response from a distant region, then proceeds to a stately, slow dance using what sounds like a harmonium, eventually disintegrating; very nice.

An enjoyable, "soft-spoken" release, an unusually and happily reticent one from a percussionist. Curious to hear what else he's up to.