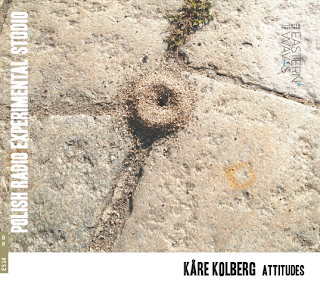 I should say as an aside that, over the last few years, I've greatly appreciated hearing the multitude of releases on the Bôłt label and its subsidiaries, exposing me to a huge amount of music, largely from Poland, the existence of which I was entirely unaware. It's not that I always loved everything (though there's been a bunch of that) but more that I always enjoy discovering new areas, implying the more general notion that there remains so much yet to hear.

Kolberg, yet another name new to me (though, upon checking, I see he wrote the liner notes to the wonderful "Essence of George Russell" 2LP set originally on Sonet), hails from Norway, but he apparently spent a great deal of time in Poland working with composers there. He was also closely associated with the multi-faceted singer Karin Krog, who is heard (processed) on several pieces in this two-disc set. As it happens, Kolberg's music doesn't excite me all that much but, again, I'm glad to have heard it. In fact, it reminds me a bit (though, perhaps, the influence was in the other direction) of some of Russell's forays into electronics like the Othello Ballet Suite. Kolberg uses transmutations of voices quite frequently, embedding them in cool, hollow electronics, inevitably evoking a somewhat spooky, bleak atmosphere. When things are toned down a bit, when the effects are less in one's face, as on the lovely "Nova", matters are greatly improved; similarly with much of the appropriately titled, "Sombre". It's hard to avoid getting a science-fiction-y feeling from some of the music (unfair, but quasi-similar sounds are such a part of the cinematic sf genre) but in works like "Nova", you're at least up in Kubrick territory. I have a bot of an aversion to the bleepy-blippy school of electronics, especially as routinely manifested during the 60s or 70s, so take my feelings with a grain of salt--those more conversant and comfortable with this area will doubtless enjoy "Attitudes" a great deal. It sounds fantastic, with clearly etched and widely varied textures and surfaces. The set includes excellent and detailed liner notes in Polish, English and Norwegian. 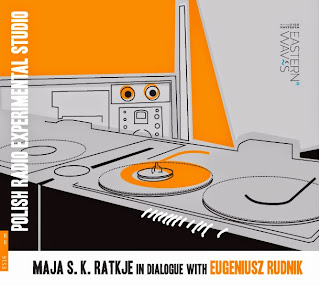 An intriguingly structured disc: two 10+ minute pieces by Rudnick surrounding the "title" work, a half-hour composition by Ratkje produced for this recording.

Though inhabiting roughly the same world as Kolberg, above, I find Rudnik's pieces (one from 1971, the other from 2002) to be far more engaging, warmer, the vocal samples less remote and the electronic accompaniment, while containing its fair share of bleeps, feeling more liquid and cohesive. There's also a tinge of humor in play, often not a bad thing in this genre. Both of his works have a fine flow and, while clearly from the )classical) electroacoustic lineage, are anything but sterile. Ratkje's's construction consists largely of vocal samples from children singing to rocket countdowns with a lot in between. It's rather dense and intense, ricocheting along in spurts on concentrated activity, the vocals usually distorted, oven overlaid on one another. Periods of relative respite emerge, here with ghostly but comforting, blurred piano chords, there with oddly mechanical bird sounds. There's more a hyper-humid, industrial jungle effect here; Blade Runner vs. 2001. All three pieces are fine and represent the upside of this hitherto mostly unknown (by me) landscape. Recommended.