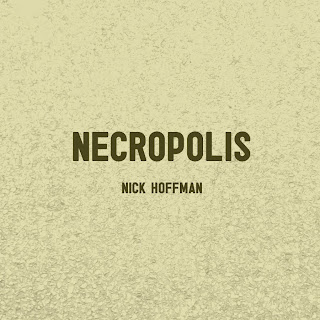 With "Necropolis", Hoffman returns (I take it he never left) to the harsh, razor-edged electronics that were in place the first time I heard his work a few years back. The track titles, even if some seem taken from the Naked City songbook ("The Scent of Ground Teeth"!!), give some evidence of what's in store. The opening flurry of "The Rotten Core" confirms it, sending this listener hurtling to his volume control before his speakers melted. While it's the most extreme, perhaps, of the pieces here, it's also representative in the sense of its in-the-faceness, of displaying the raw, unadulterated electronicness of the music, including a certain kind of thinness in play. No background clouds providing relief, no even vaguely tonal reference points. There is a sort of implied rhythm, more than enough to propel the work relentlessly forward. "Eros" veers from mothlike flutters through a ringing storm only slightly less intense than heard on the preceding track, the five minutes reading quite cinematically, really strong. "Dem Fuss im Nacken" ("Foot in Neck") is more liquid, maybe oily, disturbing at first, sounding like wriggling masses of...something being trod on followed by a sequence that sounds like skeet shooting (?); again, impressive. More blistering cascades at the start of "Love Triangle", with buzzing/ringing iterations, flailing and sputtering, wonderful range of sounds here, creating a deep and oddly brittle space, not your normal combination--an excellent cut, could have listened to a much extended version of this. The aforementioned tooth grinder is the closer, the longest piece and another winner, at first tarrying a good while in a fine, prickly mass, self-similar but fascinating, he temperature rising slowly but steadily, the needles morphing more diffuse but equally intense forms. They spread into lichen-like forms, dry and abrasive, then evaporate.

A tough, sinewy and very rewarding effort from Hoffman. Handle with care, but handle. 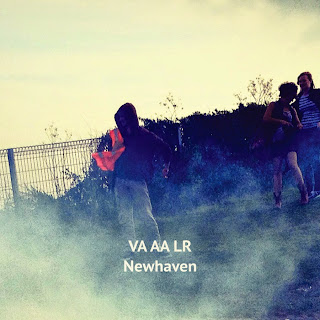 The trio of Vasco Alves, Adam Asnan and Louie Rice continue to churn out fine work with this 3" disc documenting a live performance from just a few months back in September, 2014. It's a small slice, only running some 14 minutes, but a tasty one, filled with a backward-tape kind of flitting sound set amidst dusty washes of static and deeper, though dry, hums. Though I don't detect any traffic noises as such, there's something of the sense of being huddled near the side of a highway, vehicles, wind and, maybe, animals whipping by. Very immersive and engaging, wish there was more but, as is, a tasty morsel indeed.