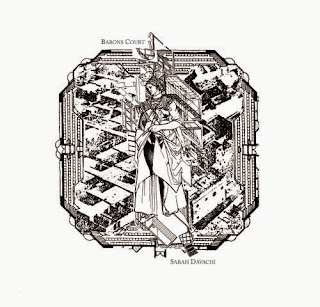 A very sumptuous set or drone-based work from Davachi, a Canadian-based artist heard here in her first recording. Radigue is a clear reference point but there's plenty to differentiate Davachi's work from hers. Five pieces, all based in large part on various synthesizers, including several of the vintage variety, augmented by acoustic instruments (cello, oboe, flute, harmonium, viola) at points (perhaps only the first track?). The tonalities explored by these latter, especially in pieces like the opening, "heliotrope", impart a slightly Renaissance feel to the music as they circulate around the synth lines, which are extremely rich and layered but also possessing a spicing of grit. She seems less interested in the arcane subtleties of microtonal tuning than Radigue, preferring a Rileyesque tonality, though without the digital scurry, opting for endless shimmers and billows, sometimes, as in "wood green", with a nod to Indian tamboura traditions. Does it get a tad over-spacey for my tastes at times? Yes. Part of me would prefer to hear more of both the concentratedness and the incorporation of acoustic instruments as heard in "heliotrope", possibly spread out over longer periods. But the multiple layers, timbres and colors are more than enough to keep one happy here, very easy to put one's ears between the speakers and have them tickled. Good work. 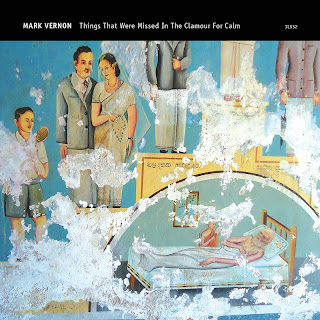 I can find very little information about this release save that the sounds are derived from recordings made by Vernon in Sri Lanka. There's substantial processing and integration of electronics and effects over its 54 minutes. It comes across as a very dreamlike soundscape, the nature of the recordings ranging from water to fauna to urban noise to the human voice (often in apparently ritual mode), generally underpinned by a hum or other continuity-enhancing element. It's brilliantly recorded, the sounds having great depth and plasticity. That said, it's tough for me to readily distinguish from any number of similarly fashioned soundscapes, especially those dealing with (to Western ears) exotica. I always find something troubling about that but also more and more find myself less interested in these sorts of constructions, no matter how expertly rendered. Others' opinions will vary, of course, and if you're a fan of the catalogs of labels like Unfathomless and the field recording sections of Gruenrekorder, this will be right up your alley.