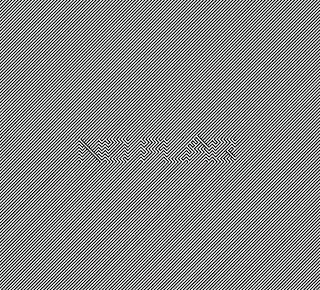 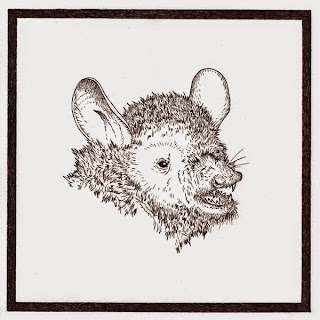 Nick Hoffman/Tim Olive - No Flag (Copy For Your Records)

I think the first time I heard Hoffman's music it was something exceedingly harsh and grainy and that sonic image insists on remaining lodged in my audio-cranial cavity despite being gainsaid by much of what I've heard since. [Of course, no sooner do I post this, than I listen to yet another recent Hoffman item, "Necropolis" on Organized Music from Thessaloniki", and I have to toss all my assumptions out the window. otoh, the disc's title slightly justifies an adjective used below...]I might say roughly the same about Olive; at least the work of his I've heard recently has been much more subdued than what I remember from the past decade or so.

"No Flag" is kind of a case in point from both angles. No credits are given as to instrumentation or composition but the first track opens with a simple, melodic electric piano line that sounds as though it's from Paul Bley circa 1973 (I'm guessing it's Hoffman) accompanied by the crunchiest of noise, though the latter is sparely deployed. The rest of the music isn't this overtly mellow but it does play very nicely with the tension between surface sheen and underlying anxiety. Most of the time, one of the pair is producing softer-edged sounds (though not melodic)--rumbles, cloudy thrums, etc. while the other is worrying this weave with needlelike shards or irregular jags of static. even the fourth track, all aflutter with rapidly fluctuating flapping sounds and screeches, sounds as though it's being restrained, held in check by the overarching hollow throb that achieves dominance at the piece's conclusion. The thoroughgoing sounds that are almost always in place give one a sense of stability, but the tones and textures of the other elements pick at any feeling of comfort, painting a bleak, ultimately corrosive soundscape. Really impressive work. Hoping Hoffman and Olive continue this collaboration.

After unwrapping the elaborate paper packaging adorned with obelisks, voodoo dolls and other occultish ephemera, one arrives at Hoffman's solo disc, which, again on the surface, exhibits affinities to the soundscape work of the post-Fennesz school but, again (and thankfully), there's an undercurrent of discontent and discomfort. There's a hushedness about much of the music but almost an involuntary quietude, as though the sounds are being suppressed and insist on leaking out the sides. Some of the tracks seem to have a percussive basis (though treated) ("Lapis"), others a kind of staticky cloud formation that ebbs and flows in strong surges (the beginning of "Stone Fountain", a cut I'm tempted to call "Lovecraftian"; the distorted voice that surfaces is very spooky). Things get a might too gauzy for my taste on the last couple of tracks but by and large it's a good, unsettling ride, well worth taking.