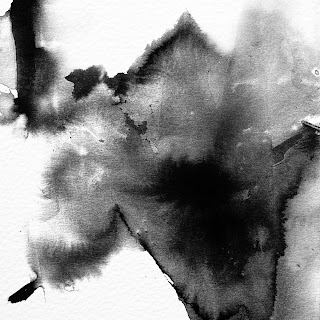 It's always tough to quantify, in this area of music, what it is that causes an immediate reaction in the listener, either drawing him in or putting him off. From the opening sounds of Olsen's solo effort, the former applied; I believed what I was hearing, essentially. Hard to say further except that the sense of honesty and tautness seemed apparent up front, an impression not hurt by words from Olsen we hear early on: "I didn't press the fucking thing. I'm a complete idiot. Let's try again." There's probably also the fact that one senses a relatedness about the sounds employed over the work's 34 minutes. Even as the scene shifts several times, there's something of a sonic carryover that, however faintly, ties things together. From the opening machine-like noise (with birds), you hear dry metal sounds, sliding over one another, drifting into ticking that sounds mechanical here, cicada-like there, often with "secondary" sounds you might not notice on first blush but which provide great, and transparent, depth. Most of the action is quiet but fairly busy, a skittering, rustling set of noises, often against some soft, iterated sound (almost like a lawn sprinkler at times), subtly moving, offering a discernible, if undefinable, sense of particular locations, perhaps the "barely remembered" incidents of the title. This section leads to one mini-climax, followed by silence, then a recurrence of the sprinkler sounds and a gentle knocking about within a room, muttered curses, all highly evocative. The thin, prickly metallic elements exist alongside and within vaguely bubbling ones, a lovely grouping. Matters well up twice more, again clarity cohabiting with congestion, beautifully achieved, a mass of silvery sounds that ultimately explode from their confines and abruptly halt. 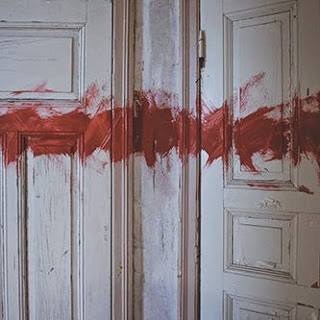 Robert Curgenven - They tore the earth and, like a scar, it swallowed them (Recorded Fields Editions)

A work (a single piece, occupying both sides of an LP) assessing Australia's colonization and subsequent devastation via field recordings amassed over the past twelve years from interior locations augmented by electronics and various instruments including, quite strongly, a pipe organ. The sounds are often quite sparse, befitting the place, swooping flies darting through the dry wind, distant thunder, brief, sharp rain. There's substantial tension in the air, the wavering organ agitating quietly from below, snaking its tendrils through the landscape, very well contrasted with the crisper crackles and knocks heard "closer to the ear". There are subsidences and renewal, almost feeling like a night/day rhythm, slightly different sounds or relationships arising--birds and wind rustling through reeds on the one hand, say, and a more robust organ on the other. The noises become more aggressive as Side B opens, with foggy mechanical sounds and a harsh buzz up front, those near noises almost attaining fire status, the organ still flowing at some remove but remaining subtly disturbing. There's a substantial silence, very desolate. Curgenven doesn't accede to obvious drama when the sounds return, rather just raising the heat slightly, enhancing the discomfort, the music just beginning to crest, perhaps, the devastation drawing near.