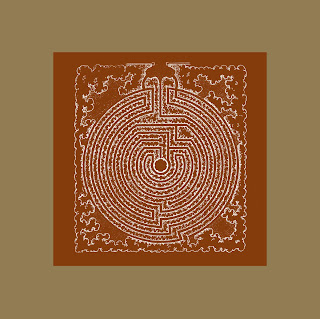 An intricate, delicately sprawling electro-acoustic piece from D'Incise where the elements seem perfectly graspable but it's (intentionally, I think) very hard to fit them into the process as a whole. to "stand back" and ascertain the work's form. In his notes, the composer states his intention to "break with habits by setting rules of composition abstracted to any musical intention at first" and it's very interesting to hear the result of that attempt. There's something about the sounds involved--hums of various pitch, many layers of crackling sounds, vague allusions to plucked strings--that implies a more clearly structured framework, but D'Incise refuses to provide it, leaving the listener on consistently unsteady footing. Once in a while those hums grow a bit more tonal, begin to seesaw, and you're alert to a possible...statement of some sort. It does well up a good bit, almost achieving a kind of cohesion but then...silence for a few seconds and we're abruptly elsewhere. Those silences obviously disrupt whatever flow has been generated, again destabilizing in a good way. toward the end, the hums become richer still and assume a prominence in the narrative such as it is (there are, per D'Incise, three "story lines" in play). Good, thoughtful work. 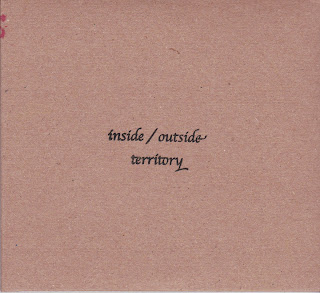 I wrote about their earlier release, "Rooms" but despite, that Don Campau (electronics, various) and Russell Leach (percussion, various) are back again with another quite enjoyable, loose conglomeration of abstract songs. The pieces, all instrumental, always have one or more melodic lines, though in a very relaxed, don't-make-a-big-deal-out-of-it manner and have a similar approach to rhythm--almost always present but not in your face. The references are all over the map from gentle prog to kabuki to southeast Asian to free improv noise to cool jazz and much more. Do things turn a bit slick now and then, even have a little kitsch tossed into the mix? Sure, but it, like its predecessor, remains good, inventive fun all the way through. See for yourself. 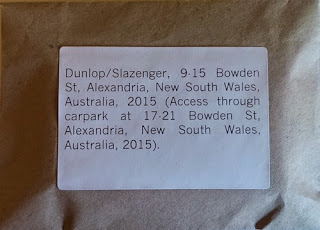 I'm at a bit of a loss here. The above is the title of this cassette release (heard by me via download), a product of Ur 1st Luv which, as near as I can discern, is a conceptually oriented duo out of Australia. In fact, the place in question exists and is, one presumes, the source of the field recordings herd here. It's an abandoned sportswear and sports equipment factory, and can be read about briefly at this yelp site. A brief note supplied by the label credits four text readers as follows:

There are nine tracks, the first and longest of which seems to establish the sense of place: you do have the feeling of being at a large, abandoned site, with echoing bangs arising every so often but also with a consistent high tone and a metallic, semi-rhythmic clanging, each of which strike me as intentional, though I could obviously be wrong. Whatever the case, it's quite evocative, casting a Stalker-like feeling over the proceedings. We next hear the first text, read by a non-emotive male voice in sequences of single words, a list of sorts with no narrative content (perhaps words found graffitied on walls in the factory?), separated by a couple of seconds each. The remainder of the recording alternates between shorter ambient samples similar to the first track (the third features distorted PA announcements that are subtly chilling) and readings by the remaining people listed above. Davies reads from what appears to be a tyre manual, Pilborough various mortgage or land use documents, Alexander a short bit on tennis shoes. The texts are dry and boring; in context, they're quite interesting! The site recordings are superficially sparse but actually rather fleshed out, if thinly, as of departed spirits. Their oppressiveness, with indications of large, impersonal mechanical activity, just beyond the wall, combines with the texts to produce a grimly fascinating document of decay and corporate ghosts. Intriguing release, well realized.