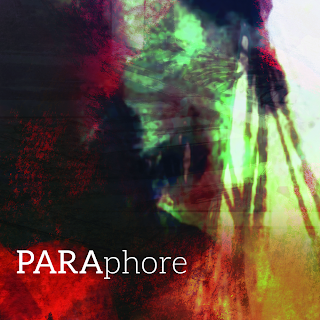 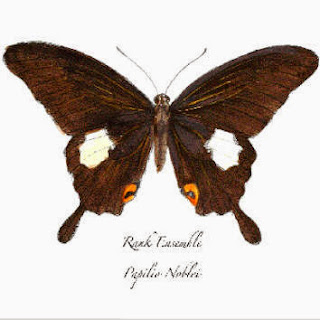 Two recordings and ensembles featuring French hornist Elena Kakaliagou, a new name to me and an interesting musician.

PARA is a Vienna-based trio consisting of Kakaliagou, pianist Ingrid Schmoliner and bassist Thomas Stempkowski. They operate somewhere on the fringes of post-free jazz European improvisation but with a heady and healthy dose of implicit post-Cage flow and, as well, traces of melodicism. Given my own predilections, it's not surprising I prefer those tracks where the latter elements predominate. The disc,a live performance, contains fourteen relatively short tracks, allowing for a wide amount of variation. There are times when the music is overly busy (never frenetic, really, but with the insistence on filling up space that's all too common) in a manner reminiscent of much efi but also, happily, many moments when the trio seems more about letting the music happen at its own pace, not forcing the issue and, more, allowing a small rivulet of their own inherent musicality to flow. Schmoliner uses preparations now and again and I get the feeling that it's mostly when she gets into a more Cage/Feldman state that the music relaxes, more air enters and the contributions of Kakaliagou and Stempkowski acquire more meaning (this is perhaps unfair, but it's the sense I get in, for example, the lovely horn/bass interplay following the piano introduction to "An Messiaen"). This is followed by a fairly bland and routine, spiky improv ("C.M.") but that, in turn, leads to my favorite cut on the album, "Uroboros", a delicate and lovely work, where pensive bass leads into a space that seems, oddly, equal parts AMM/Tilbury and Paul Bley, the latter's melodic sense filtered through the abstraction, the horn eventually settling on a powerful, almost dirge-like figure (written?). Very strong; I'd love to hear more in this vein. The remainder of the recording tends to vacillate between these poles, sometimes within the same cut. Of course, this is likely more of a concern to me than many a listener and, indeed, for the musicians at hand; some may prefer the more crowded cuts and PARA needn't share my concerns. As is, I'd be curious to see the direction they choose, up my alley or not.

The Rank Ensemble stems from Helsinki and, in addition to Kakaliagou, includes Solmund Nystabakk (guitar, voice), Saara Rautio (harp, ukulele, spring drum) and James Andean (piano, electronics, flute, melodica). I also found this recording uneven but in a different way, stemming from more of a contemporary classical angle rather than efi, although the tracks here, from 2009-2013, are improvisations as well. Here, the distracting elements have less to do with clutter than a certain dryness although, by and large, the overall effect works very well for me. The quartet has a healthy habit of interjecting iterative or tonal elements into the mix, as with the soft clip-clop and accompanying piano chords in "The Promise" that allow the music to coalesce briefly from the abstract cloud, gain some shape, then evaporate again, very beautiful. But just when you've settled in, some loopy and unnecessary electronics intrude and mar the atmosphere. Though later, on the longer track, "Huget, the electronics, now growly and somewhat aggressive, work perfectly with the mechanically repetitious guitar, creating a fine, rough, stormy atmosphere. In "Weitersfeld", another lengthy piece, the electronics provides a deep, lush bed over which the harp flutters alongside a lonely horn; again, thoughtful and considered playing abounds, with no shyness about reference to "traditional" forms. When it crumbles into a series of plinks and whooshes, it feels right, as does the poignant harp, piano and guitar passage that concludes it. The disc ends with "Revenge", a gorgeous track with a folk song feel to it; if this was improvised, I'm impressed.

As with PARA, I'll be anxious to hear where the music goes. Right now, I'd give the nod to Rank, but both records are well worth the listen.