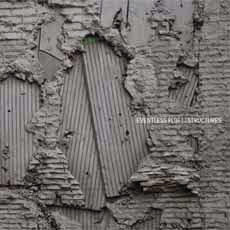 "interior/interaction", like most of the music here, offsets plucked tones (the psaltery and guitar) against long held ones (electronics and, on this track, bass clarinet), using quasi-tonal pitches and keeping the sound field fairly full and active, kind of halfway between a standard eai and dreamy efi approach, the latter possibly occasioned by Cundy whose phrasing has a decidedly jazzish tinge. "points of attraction" makes great use of the singing bowls, nicely augmented by synth and prepared piano, a fine combination of timbres, the singing, high pitches girded by deep ka-bongs and mysterious banging and scrapes. A strong, vibrant piece, thoroughly investigating and scouring a discreet aural territory, very impressive. With Portal on hand, percussion is at the for near the beginning of the final track, "co_exist", but things surprisingly give way to a dense, electronics phase with organ-like held tones surging through prickly static. Something of a mid-60s Riley vibe here, though thick and viscous--again, focussed and driven. While the first cut I found a bit hit and miss, the other two are quite strong, causing curiosity about the trio's subsequent direction. Recommended. 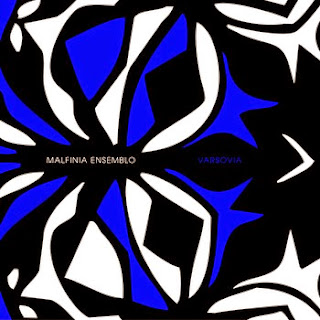 First, let me say how much I love the cover (by Zavoloka), not just visually but olfactorily--something in the inks used just smells great.

The music? Hmmm....Malvinia Ensemblo is Andi Stecher (drums, percussion) and (it pains me to type) The Norman Conquest (analog synths, electric bass, electric cello, charango); that's in the running for most cringeworthy nom de musique I've ever encountered. Agnes Szelag, whom I fondly recall from last year's wonderful collaboration with Jason Hoopes, contributes voice and electronics on two of the six tracks. The music is described as "dark, abstract and beat-driven" and while I've heard far darker and much more abstract, heavy rhythm is certainly one of the driving forces, beats of the industrial/tribal end of things, offset with the odd flourish but always settling into a repeated pattern of no great interest. The synth-y melodies that ride atop range from passably Godspeed-esque to kitschy enough to cause one to wonder if ELP has returned from the grave ("Mensa Lavango") where the tympanic percussion can sound especially ponderous. The first five pieces pretty much inhabit this area for better or worse; sometimes the piece comes close to shedding the lead and taking off ("Fulmo") or serviceable music for the closing credits of a Hollywood thriller. The kicker here is the lengthy final cut, "La Universo Estas Atorno", where all the goofiness somehow manages to cohere into something that, while still goofy, attains...I don't know...good, juicy fun? A long (reasonably) abstract percussion lead-in to the resolutely wacky synth noodlings but everything works,, even the Glassian (circa Dance Music) keyboard runs. Supremely silly and entirely non-nutritious; maybe like the music Roger Powell would make if he redid "Cosmic Furnace" today.

But remember, you can always sniff the jacket.