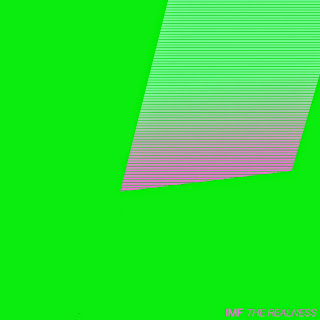 A cassette release with two ten-minute tracks of exceptionally harsh noise, pretty fantastic noise. From what (little) I understand of Fraser's previous music, there's a good amount of math involved in the software and I think it might be detected in the fascinating irregularity of what at first blush might seem to be simply white noise. "Parallels" begins with a brutal tumble but soon subsides into a quiet, eerie space of wandering signals which in turn, erupts into a cascade of blisters, sounding like acid hail pelting into mud. But the sounds lie somewhere between white noise surface regularity and the gestural; hard to pin down but fascinating to attempt to parse. Imagine the most extreme Xenakis electronic work and up the intensity by a factor of two or three, retaining the stochastic basis. "Worf Gets Denied (Again and Again...)" is even denser, with more in the bass register and added thickness to the crackle, also buttressed by various steam-jet hisses. It's a steadier flow, just a non-stop torrent of rapid fire splatters of molten lead, oddly immersive in the sense that it's superficially violent but, on reflection, not so at all at least if approached as a kind of microscopic and highly amplified view of some aspect of the physical world, even at the atomic level; the "violence" underlying the everyday. There's a pause and reorientation on this track as well, toward the end, kind of a mirror image of what occurred on "Parallels", leading to a spattered, white-hot conclusion. Would love to experience this live but this is the next best thing. Strong work. 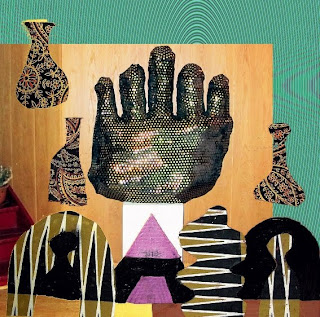 Hard to avoid using the term "psychedelic" for these tracks (two, both running about 23 minutes). Kind of collage-y, with the feeling of snippets and longer tendrils strung together intuitively, often to good effect. Assembled from shards accrued during a lengthy tour on Courtis' part (I was wondering if the title might be a reference to the Ornette sessions from 1965 but see that there's an Icelandic bus tour bearing the same name, a more likely source) and I'm guessing assembled by him after his return to Buenos Aires. Some sort of "traditional" musical presence is generally found, whether it be lazily strummed guitars, electric drones or multi-layered conglomerations of who-knows-what, presented with a liberal spicing of found noise and voices, steady state for a while, cresting (with some fine, odd textures), subsiding. Dreamy and, I daresay for some, druggy. "Aurora Australis", the first cut, might end up meandering a bit much for my taste but its companion, "Fish Is God" is quite solid, the mix denser, ropier, the individual elements a bit more vivid though still retaining an air of the phantasmagorical with groans, whispery electronics, echoing pulses and much more, including a fine ghostly section toward the end. Trippy, in a word. Not a term I usually use as praise but this one works pretty well.