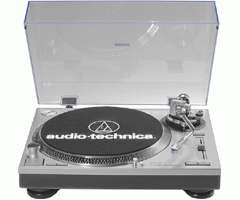 Finally, after over a year without any turntable at all and after several where the chances of it functioning on a given day had dwindled below the 50% mark, I picked one up. I've never been an audiophile and I'm still not. I tend to look for mid-range items from companies with a good track record, sometimes scanning a few reviews. I picked out this Audio-Technica AT-PL120. It wasn't difficult to set up and it works, so I'm happy.

The immediate spur for this purchase was the arrival, a couple weeks back, of Jason Lescalleet's amazing release, "The Pilgrim", about which I'm sure I'll have much to say later. The bulk of it is on disc, but also included is a vinyl recording that I was very anxious to hear. It's an extremely moving piece of work and a very brave one as well.

The second thing I put on was the Philip Samartzis/Rasmus Lunding album, "Touch Parking". I managed to eke out one listen to that on the old turntable. This was a Nikko with a tone arm that ran perpendicular to the center of the record, gliding along in its slot. The problem was that it was increasingly refusing to drop once it reached the record's rim. The only way I could listen to "Touch Parking" at all was by stacking it atop six or seven other records so the needle could catch. Not very efficient. Philip was kind enough to send me a disc burn of the recording shortly thereafter but it was still nice to hear it as originally intended.

Both releases, by the way, feature elaborate photo-engraving on the vinyl. I think I posted one side of the Samartzis disc before. Here's the other. I have no idea how common this is among contemporary vinyl releases. I assume it is so, but I'm out of the loop on these things. I still remember how awesome we thought it was when that live Jethro Tull album from about 1971 appeared on translucent purple vinyl! 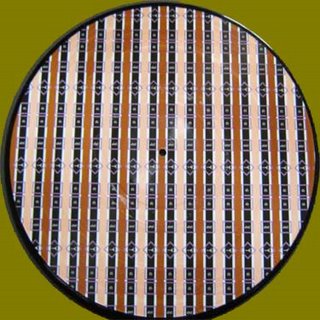