Bagatellen has been suffering from server-related problems for almost two weeks now, the upshot being an impossibility to load anything, including reviews. It's being worked on by Bags stalwarts Al Jones and Derek Taylor but in the meantime, I thought I might as well post my growing backlog of write-ups here, at least for the time being. I'll likely re-post them at Bags once the site is back up and running, hopefully soon.

So, two releases on the fine Australian label, Room40, are first up:

“Current” is of a piece, a 20-minute steady emergence from chirping quietude into a slightly louder and progressively richer sound world. It’s not very different from any number of recordings that listeners in these parts will have heard before, but…well, it is. Structurally, its additive nature will be familiar as the initial crickety nightscape is layered with a discreet organ-like tone, a persistent (though not insistent) three beats of wood and, later, what seem to be embellishments of clarinet origin. The music splays out gently toward its conclusion in a kind of soft, silty delta. Then it’s over before you realize it.

I’m not sure there’s much more to say except that, if you appreciate the choices Chartier makes here, as I do, you’ll find “Current” to be a thoughtful, even ingratiating bubble of ideas.

Janek Schaefer - In the Last Hour 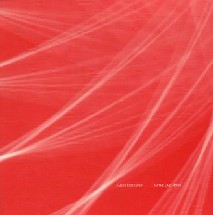 Even before I researched the background of this disc, my first impression was of a clear literary quality in both the music and its packaging. The sleeve interior depicts a landscape painting, its creator unidentified but the representation is Bierstadt-ian in Romantic grandeur, an ancient single-master facing a cliff-lined watery canyon. The four track titles, “In the Last Hour”, “Between the Two”, “Half Submerged by Each” and “The Ruined City”, also exuded a novelistic air. So I wasn’t very surprised to discover that their source was indeed a literary one, stemming from Iain Banks’ novel, “The Bridge”. The Schaefer piece was initially presented at the November 2005 Huddersfield Contemporary Music Festival, in the Town Hall there, wherein the audience lied down in the center of the large space, in near darkness, surrounded by speakers, the handsome, gilded ceiling of the hall occasionally illuminated by flashes of light. (more detail can be found here)

Stripped of its proper environment and consolidated onto a CD, the work still retains a good bit of power. A couple of the pieces make substantial use of the hall’s organ, including languid, respirations on the first track, eventually accompanied by far-off bird cries, possible gunshots and, at the very end, the sort of jostling sounds you might here below deck in an old trawler. After the brief, misty “Between the Two”, things come to something of a boil, a bass clarinet line (sounding a bit out of early Reich), darts among the birds before the water sounds hinted at earlier flood the area. A range of dull bell tones and hissing washes appear, a mournful clarinet motif alongside, all evoking a passage through mysterious, dangerous climes. The sensation of uncertainly drifting upriver is quite haunting and effective here. The final track summons up an old (?), romantic orchestral track, vinyl pops galore, flickering out into a succession of noise slabs, before the organ returns, its lengthy tonal chords evoking a fog-enshrouded sea. The organ becomes positively majestic toward the end of the piece—cliffs looming up from the clouds lit by a single ray of light?--(You sink into this kind of thought process with this music….) though the avian life and lapping water have the final say.

It’s an interesting, often stunning and unusual set of music, another one I’m betting will allow various readings on subsequent listens. Worth a shot.