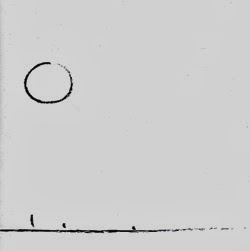 A 2-disc set containing a pair of 40-minute slices from two days of performances of Rodrigues (viola), Malfatti (trombone) and Guerreiro (computer), both very beautiful. It's interesting to consider the effect of the presence of musicians like Malfatti (or Sean Meehan in the US) on any proceedings in which they take part. You know that they have a set range within which they're comfortable playing and, further, know that that's more or less what they're going to do. Malfatti's not about to go all efi on anyone. Chances are, as a musical partner, you bend his way (not an off-putting proposition as what Malfatti brings to an event is very rich and valuable). Conceivably, you set up in opposition but my guess is that Malfatti's pretty implacable--an attempt I'd be curious to hear, however. Rodrigues' range of attacks is wider but he's certainly at home with the very considered, terse realm that Malfatti inhabits (I'm not as familiar with Guerreiro) and the result here is very fine. A plane overhead is perfectly and quickly echoed by the trombone; there are a number of super-low growls that I admit loving to an absurd degree. Other exterior sounds--voices, traffic, doors, laughter-- are picked up by thin scrapings of strings, transparent sine layers, creaks of chairs. In some respects, it's a very "dach"-like experience. Activity on the second day, at least what's extracted here, bares a bit more bristle, the computer sputtering and pinging, the horn breathier. The outside world, while still present, is less of a factor, foregrounding the trio, perhaps encouraging a modicum of greater activity and dynamics, providing enough of a contrast to justify the second disc. I might slightly prefer Disc One due to that extra sense of adjacent activity, but both are quite strong, unforced and very, very satisfying. Excellent work. 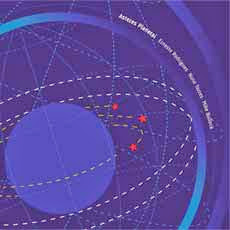 Nice title... :-) From June, 2013, a trio with Rodrigues again on viola, Torres on alto saxophone and Bullock eschewing bass in favor of his modular synth. As one might expect, quite different from the above, more visceral including the in and out usage of drones or drone-like passages effected, I think, both by the alto and the synth. It's not frenetic by any means just a few notches higher on the urgency scale than "Late Summer" as well as sporting an expanded sonic palette. Torres does a welcome job of allowing the listener to forget that there's a saxophone present while, on the other hand, Rodrigues engages in a tad more "traditional" technique extensions on the viola. Bullock seems to supply much of the material here, unless I'm confusing sources (quite possible), issuing metallic bubbles here, static there and various shades of sine-age throughout and interpolating a surprisingly loud and "inappropriate" noise on occasion which is much appreciated. It closes with watery gurgles...Not as captivating as the Malfatti trio but solid enough and well worth hearing. 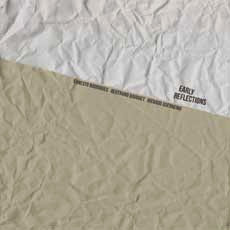 Rounding out this trio of releases is yet another trio, again with Rodrigues and Guerreiro on viola and computer but here including alto saxophonist Gauguet, two tracks, one studio and one live, from July, 2013. It's unfair, of course, to treat these three releases as a triptych of any sort yet the temptation is there. Whereas "Asteres Planetai", in a way, balanced on the edge of the Wandelweiserian, "Early Reflections" sems to consider the matter and then to resolutely opt for a fuller expression, one that, especially on the live track, "Stone", acknowledges its surroundings but fills them to the brim nonetheless, leaving scant space unoccupied. A good decision, I think, to really thrust one way or the other and it pays off in the stronger portions here, especially in the intertwining of the saxophone (harshly breathy) and the computer, which create a seriously scouring force at times, prodded along by harsh pluckings from Rodrigues. When the music evanesces, as it does toward the end of "Stone", there's a fine sense of decompression, an earned release. This approach almost guarantees a rocky road but if and when things mesh, and they do here a reasonable amount of the time, the results carry an extra frisson of excitement. My caveat is unavoidable: that I'd rather hear this trio on an ongoing basis rather than form an opinion from a single recording. But as is, it's another one I'd recommend hearing.