A quartet of new things from Copy For Your Records 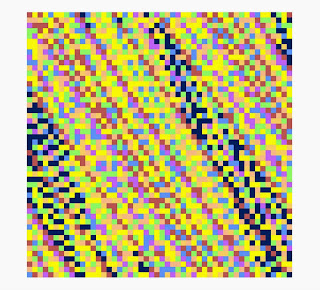 An unexpected point of reference surfaced in my head while listening to this altogether wonderful new recording by Billy Gomberg (synthesizers), Anne Guthrie (French horn, preparations) and Richard Kamerman (drums, junk, YouTube, Deicide)--I found myself thinking of work done by the pre-Don Moye Art Ensemble, music from 1968-69 in which there's (to my mind, anyway) a somewhat similar physicality and sense of space. Guthrie's horn takes on Bowie's role (about nine minutes into the second cut, she gives vent to a couple of startlingly Bowie-esque bleats), Gomberg perhaps Jarman (even some deep log drum echoes late on the first track!) and Kamerman a combo of Mitchell and Favors on "little instruments" (I can imagine the earlier group using YouTube and even Deicide were they available then). I take it for granted, of course, that nothing of the sort occupied the minds of these three musicians, that's it's just a function of this aging listener...Long tones of multiple kind, electronic and horn-generated, the latter sometimes strangled but always poignant, arrayed among a beautifully full yet spacious clatter, the three pieces sustained very ably, never over-meandering. There's a wealth of great stuff here--repeated surprise as one delightful passage after another surfaces, unexpected but making sense in hindsight. Gomberg's sensuous tendencies on synth are accommodated here more fully than I've heard before, not by simply an opposing stance taken by, say, Kamerman, but by choosing sounds that give those lush layers more weight, even if that element is (I take it) a YouTube instructional video on drawing a rabbit. Needless to say, the same works in reverse and more with Guthrie threading between and above. Roscoe Mitchell meets AMM may be overselling things but this marvelous session does hint at something new, even as it evokes something old. Great work, very exciting. 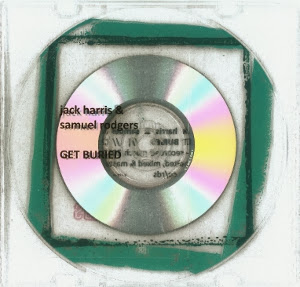 A testy little number...EP of disembodied, thin shards inflicting paper cuts on one's ears. Well, not that abrasive but there's a (welcome) sense of purposeful discomfort in the opening minutes, the needling tones here, dryly ratcheting ones there. The lower growls that enter some four minutes in act as a salve even as further, more varied pinpricks emerge. That deep strain and a clattering/staticky higher one do a kind of intertwining dance for a while, tossing off semi-related splinters now and then, before crumbling away. Things get rough for a bit with gnarly slabs of raw, dirty noise interposed among bleak, pale sine-like tones, very arid and oddly bracing. The last several minutes offer another balm of sorts, bell-like sounds wrapped in heavy wool, battered by muffled thuds and radio interference. Strong medicine, good for what ails you. 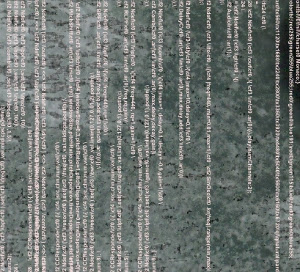 Rubio writes that he took as a starting point the classic (but relatively little known) work by Steve Reich, "Pendulum Music", where speakers were set swinging alongside one another generating semi-unpredictable results. Rubio takes matters a few steps further, using mics--their adjacency, contacts, abrasion, etc. to create an impressively wide range of noise. The first of seven cuts raised expectations with some great, watery pinging set amid rougher, drier soundage. To my ears, there's something of a loss in focus during the remainder of the first half of the disc; I found myself yearning for a more interesting structure to house the sounds, which have the danger of simply coming across as effects. But about halfway through, Rubio lowers the intensity level a bit and a fine, tensile lattice seems to emerge, the sounds--which continue to be marvelous--hanging in a kind of web that has its own fascination and enhances the hums, dings, ghostly flute-like tones and more. The last two tracks, including the final one where he becomes much more active but retains a fantastic sense of elastic structure, are excellent. This is my first exposure to Rubio's music (he says, cautiously)--eager to hear more. 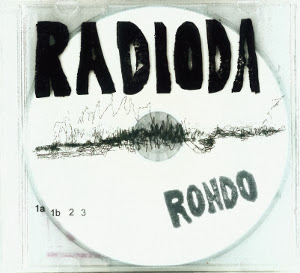 As I remarked upon first listening to "Rondo": Sometimes, you just want a good, dirty, mealy, abstract throb. Radioda (Mikołaj Tkacz and Piotr Tkacz--I'll go out on a limb and guess at some kind of relation--on radios) provide this and then some. How precisely they accomplish this via radios (a Unitra Diora Beskid, which looks like a 1950s multi-wavelength mini-console and Grundig Freaxx 20, apparently a beatbox of sorts) is beyond me, as one hears a vast, rich, pulsating mess of sound, bass-fluttery, grinding and surging. I'm reminded (as I often am) of the old Partch line (paraphrasing): They do exactly one thing but that one thing they do superbly. Immersion is rewarded with plenty to experience, to almost reach out and touch, the endless plies of shuddering drones occasionally augmented by a murky snatch of voice. A fine sense of "fuck it" abandon and an excellent palate cleanser. Go for it.