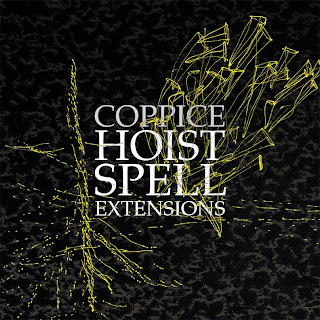 A selection of remixes of the track from the Quakebasket release, "Big Wad Excisions".

I have to say that the whole (by now, ancient) remix thing pretty much passed me by. I'd run across stuff from time to time, of course, but the idea never particularly intrigued me as such. So, in cases like this, I simply listen to the works as independent pieces, not referring back to the original to check my memory of it (or lack of same), not looking to hear like threads from piece to piece etc.

Not surprisingly, I suppose, my preferences in this batch run to people whose work I already know and admire. Michael Pisaro's take enters refreshingly rough waters, coasting through layers of itchy, crumbling material, strong surge beneath, sizzles above--great stuff. A longish version by Jeff Gburek is fascinating throughout, working with the drones of the original pump organs, finding a really lovely middle ground through them, using bits of iterated material and a vast array of colors within a relatively narrow dynamic spectrum; another wonderful piece. I also greatly enjoyed the contributions from Machinefabriek (Rutger Zuydervelt), a meditative essay emphasizing the organ tones and adding delicate bell-tones, and mAAs (Connor Bell and Tim Barnes), wherein a fine, scratchy matrix of noise morphs into a resonant, even melodious throb (maybe even containing Brazilian echoes). That throb works for me whereas some of the more rockish rhythms encountered in other remixes sit less well, though I hasten to point out that each track is well-constructed and sounds excellent. I was pleasantly surprised by Joachim Nordwall's closing entry, expecting something perhaps more oppressive but instead finding a darkly shuffling bit o' chill, sleek and reptilian, very fine.

But listen for yourself at Quakebasket-bandcamp. Then buy.