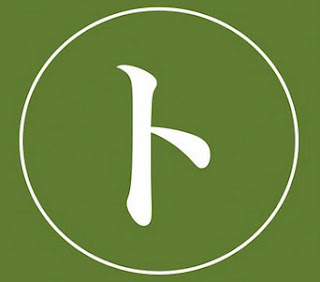 In many ways, Nakamura's music has shifted rather decidedly over the past few years, say since his last recorded collaboration with Keith Rowe, "between". It became a bit less radical to these ears, more comfortable. Sometimes this worked well, other times it seemed a bit *too* cushy. Here, however, he's not only different but has finally (at least, from what I've heard) discovered a tough, deep, difficult-to-entirely-grasp new area, a very welcome development, more so in that solo outings haven't previously been his best friend.

The beginning of "Maruto" sets the stage. He leaps right in, no slow leaking of sounds, but the choice is odd, almost awkward yet moving. A series of staggering, mid-range buzzes that have a hollow feel, intermixed with softer scrubbings and high sine pitches. It's odd in that these 5 1/2 minutes are very different from anything that follows during the next 41 but instead of sounding out of place, they do seem to function as a somehow appropriate preamble. There's an echo of that strong tone in the next section, but it's more one layer out of several, only lasts a little while and then the piece reduces to the territory it will occupy for the remainder, an unsettling mix of hums, static, thin sines and super-low bass. It's almost queasiness-inducing and I say this without, I'm sure, getting the full effect of the bass tones, which I gather from various sources are both visceral and difficult to fully appreciate without benefit of an absurdly good sound system.

There's something morass-like about the music, much less airy and electric sounding than previous work. It's almost sluggish, though I mean that in a good way! Like water in a slowly moving swamp. It's extremely self-contained, diffident maybe. Nakamura reduces things down to a low, low simmer (again, allowing for subsonics beyond the reach of my speakers) and allows it to just pool there, eddying slowly. Something very exciting about that, very organic. The closing third or so of the disc is tough to describe--it's quite soft but with a good bit of activity, most sounds possessing a kind of burr, rotating about each other, knocking into one another, disappearing. Again, a pond surface with gentle, underlying currents, but with a film of algae, water striders, leaves, etc. is the image that lingers. The final minute or two is just a deep, low, low tone, still soft. That initial section, in retrospect, seems like a tumbling of liquid into this now quiescent pond.

A wonderful recording, one I found challenging in unusual ways, sliding in and out of my mental grasp, offering a lot to contemplate for a long while to come, I suspect.