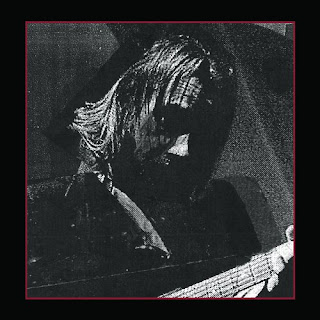 Five tracks, recorded at home and live in NYC in 2010, accompanied by Margarida Garcia on electric double bass on one cut.

What can one say about Connors at this point? His music is instantly recognizable and has been as long as I've been aware of his work, perhaps darkening even more (having begun at a pretty inky point) as time goes on, as he deals with his illness. Even the softer parts herein are less light-providing than questioning, wondering if this is all there is. The desolate blues framework of music like "On Our Way", which opens this disc is my favorite Connors territory--aching, dour yet so graceful, so appreciative of the beauty he manages to locate. Garcia is wonderful alongside, blending in perfectly, providing a deep sepia to the blackness. Spacier, bleaker works like "Red Mars II" are also effective, if not as wrenching, arcing out into "An Index of Metals" realms. On "Showers of Meteors" he combines these two approaches, very effectively, swaying from keening pangs to shards of noise, billowing outwards, swathing the room. The closing piece, "Little Earth", is appropriately contemplative; it wafts away, but the clouds it's resting on are carrying much rain.

A lovely recording, a must for Connors aficionados. 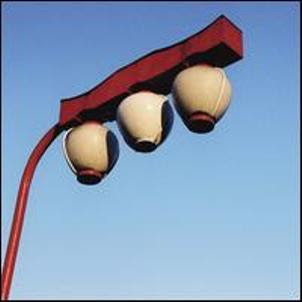 I first heard Sakata on the late 80s release, "Mooko", with Bill Laswell and Ronald Shannon Jackson and, at the time, like it a good deal, finding it to be a kind of pared down variation on Last Exit. The promotional prose for this 2-CD release also brings up Last Exit and, to an extent, that's appropriate though the raw power, not to mention the zeitgeist-fulfillment, is entirely different. Sakata, on alto here, lacks the elemental quality of primo Brotz, the rare saxophonist who could indeed shoulder a free metal ensemble. He's a decent player, but all too quickly, in a free context, lapses into standard playing, sounding like any dozen alto players from the past three or four decades. O'Rourke is heard largely on guitar here and, often enough, wanders all too obviously into Sharrock territory, inadvertently emphasizing the paleness of the comparison despite surface fireworks. I should say that listeners unaware of prior work may well find this exciting and riveting--it's loud and aggressive enough, to be sure--but those blocks of energy are pasted into a much more lackadaisical context than, at its best, Last Exit ever tolerated.

When the quartet seriously takes things down several notches, as toward the latter stages of "Hanamaki" and parts of "Nagoya 1" (my favorite moments on the set), and O'Rourke fall into the kind of pastoral playing he does very well; it's more convincing and Sakata (who sounds like he's on clarinet on the former, though it's not listed) excels, summoning up a wee bit of John Carter. I've enjoyed Darin Gray's bass playing in the past and, indeed, find it to be consistently the most enjoyable element here--solid, deep and considered. Chris Corsano's drumming (he and Gray seem to comprise "Chikamorachi") doesn't wow me as much as it does many; Jackson's funk undercurrent was key to much of Last Exit, sublimated though it may have been, and I don't hear a similar thing here. Not that it's by any means required.

A Last Exit cover band? It's difficult to avoid thinking in those terms for much of the 100 or so minutes here. Personally, I find the idea rather bizarre and certainly not my cuppa. Others, of course, may have been awaiting this since Sharrock's unfortunate early death. For those listeners, this could be just the thing; for me, not so much.