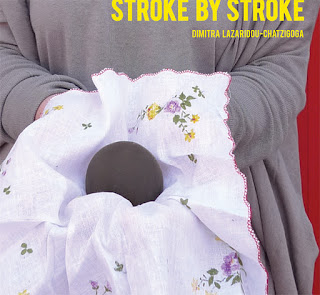 21 shortish tracks(12 seconds to six minutes) of solo (for the most part) zither with objects, recorded in the artist's home in Athens. As there are no gaps between the cuts, one listens to the disc as a kind of suite. An interesting, and commendable, fact is that despite there being a quite wide variety in attack and resultant sounds, this isn't difficult to do. The shifts are abrupt but somehow not disjunctive. The zither is percussed or bowed, generally speaking; one hazards a guess that the strings were occasionally vibrated via the abuttal of some electronic object. But whatever the case, the sounds are almost always fascinating in and of themselves and, if anything one would like to hear them investigated at greater length. Lazaridou-Chatzigoga verges on song a couple of times ("clinkers" and "woody woodpecker", both delightful) but for the most part, matters are resolutely abstract, the extended range of the excited zither allowed to shine. Good recording. 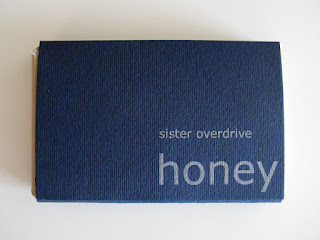 A cassette releases (heard by yours truly on disc) from Giannis Kotsonis, who goes by Sister Overdrive. "Honey" seems to be a piece constructed from multiple sources including processed field recordings, electronics and excited objects--many layers of such--and molded almost clay-like into a surging, organic-sounding form. Hard to describe without limning each phase in turn but suffice it to say that it has a quasi cinematic feel that's more Bourne Identity than Bela Tarr, freely and smoothly flowing. Clangs here, rumbles there, steam vents over yonder. I never found myself bored and thought Kotsonis made reasonable choices throughout but I can't say I was riveted either. Like other things in the general area I've heard recently, it begins quite compressed and robust only to splay out and almost evanesce in its latter half before recongealing and going out with more or less of a bang. It's a nice path, even if I begin to wonder about its ease of access. Kotsonis throws in a twist--just when you think it's over, a new, different sounding piece, drone-filled with birdlike twitters, appends itself. Enjoyable, though, well worth a listen.