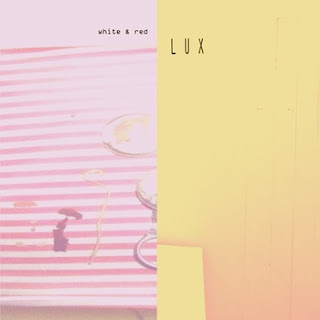 Two works, the first, "White & Red" with Noyes on sampler and electronics, Brownlee on violin. The violin is spare and scratchy, Noyes' contributions fairly minimal. It's the kind of music that can easy succumb to aridity combined with a sense of meandering and that's almost the case here for the first several minutes. But gradually, a sort of tentative fluidity asserts itself, the col legno's take on a settled aspect and the electronics finds an interesting steady tone, an odd, rounded sound that somehow works quite well with the still dry strings. Things grow suitably chaotic toward the end, making the trip fairly satisfying overall. "Lux" is a substantially different creature with Noyes deploying a "laptop-processed 19tet inside piano" and Poirier on electric cello. While the sounds themselves are rather smoother than the preceding piece, the structure is fragmented into blocks, the arco cello, generally rich in tone, offset against a variety of electronic attacks that, true to their source (or one of their sources, at least) tend to have something of a piano resonance to them. There's a very odd and intriguing section with the inside piano generating a periodic, harsh alarm-bell sound while the cello is searching the nether regions beneath; very unsettling. It eventually slows down drastically, evolving into a series of blurts, burps and scrapes, yet retaining, somehow, a forward flow. Fascinating piece, I enjoyed it very much. 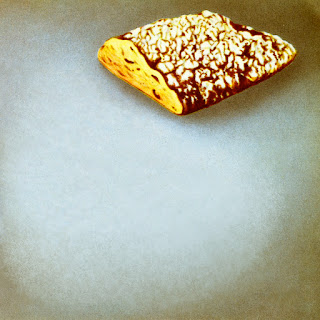 The earlier disc is a 21-minute excerpt from a longer performance involving two AM radios with loopstick antennae in close proximity, their resultant sounds processed by Johnsen. My prior experience of Johnsen's music, borne out here, is of a harsh, scratchy, squeaky and hyperactive realm. In this instance, the radios squelch 'n' belch, not too dissimilar form what Ricardo Arias might conjure up given a wide enough array of balloonage. It migrates it bird chirp territory and, as it does, much needed air enters the room. What had previously been a bit claustrophobic and, for my taste, overly populated, now attains a welcome balance of acute, piercing slivers of sound as well as the space through which they're hurtling. From there, the music veers back into the gurgling with choral radio samples bleeding through, the activity once again becoming more crowded, less incisive to these ears.

The 2009 recording is a complete 22-minute set from Issue Project Room, no details on the means of sound generation provided. The sounds are lighter, more transparent, though still far busier than otherwise. There's a skittering quality throughout which goes some way to ameliorating a major sense of gabbiness. One almost imagines a noise version of Carl Stalling...Some 12 minutes in, it turns toward softer, seemingly padded elements; one imagines the cartoon characters brought to mind by the thought of Stalling creeping through some dark, crowded attic or alleyway. It diffuses nicely as it reaches its conclusion, the sounds dissipating, leaking around the corners. Good job, sorry I wasn't there to see it.