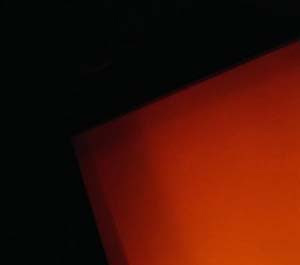 I'm not sure if it was beneficial or detrimental, in terms of assessing this recording, to have, between initial hearing and the present day, seen both Unami and Kawaguchi perform at AMPLIFY:stones. Unami performed six times, I believe and Kawaguchi several times during the final two days at Issue Project Room. Of course, it was clear from the get go that, with "Teatro Assente", you were witness to an extra-musical performance of some kind, whether assembled at a later date or presented almost as an aural byproduct of what transpired at the theater in question (said establishment formerly showcasing soft-core or "pink films" as they were known in Japan). One certainly had to engage in some level of visual imagination just as, at September's festival, one had to watch the proceedings; indeed, there was often more to watch than to listen to.

So what to make of it? Let me say first that, overall, I found it a very rewarding experience, though the hows and whys of that remain elusive. I had a similar reaction to most of Unami's events during AMPLIFY, more so, admittedly when the semi-narrative structure of the boxes and the tension they generated between co-performer and audience was in effect. You're able to draw immediate parallels between elements of those sets and what appears here on disc, notably the frequent footfalls and, of course, the tumbling of raw materials, cardboard, metal or otherwise.

Those footsteps, and the mental image you tend to retain of a darkened theater, impart a slightly noirish aspect to the set; the activities have a threatening aspect to them again, reflected in part in live experience by the uncertain stability of the box structures. There's also the omnipresent sense of a large, enclosed space--the theatre--which, perhaps influenced by the photos from the case's interior, I do think of as dark, hence hear much of the activity, quiet as it is (and there's a lot of quiet), as occurring in the wings, outside the limits of my sight and eerier for that. It's oddly episodic as well, with new elements being introduced fairly late in the day like the bird sounds and, most infamously, the hardcore guitar work in track 7 which leaps in out of nowhere, grandstands, then disappears, resurfaces more than ten minutes later. Why? I've no clue.

So even with the assistance of having seen the pair in action, "Teatro Assente" is one tough nut. I enjoy it very much, more than their duo performance at issue Project, in fact, which struck me as somewhat forced at times. I'm guessing the lack of direct visual referents is a plus here, allowing me to construct mental imagery more in keeping with my own perceptions. It's easily enough appreciated purely on sonic grounds, I guess, but that strikes me as too purposefully ignoring the real goings on. I haven't come up with a scenario that's utterly wowed me, but give me time.

I'm happy "Teatro Assente" exists though, as I was happy to have experienced Unami's (and Kawaguchi's) performances last month, whether or not I thought a given one "worked". It's very healthy to have art like this out there.

Nice post. The contrast between live and recorded musics is always interesting...