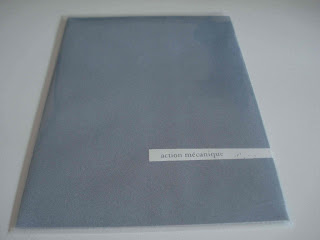 Doneda on soprano and sopranino, Kocher on his accordion and objects. Doneda's someone whose work I greatly enjoyed 10-12 years back but have found less and less compelling over the years, doubtless my taste shift more than anything, but I've enjoyed Kocher's recent work well enough, so I came into this with high hopes. Fans of the saxophonist will no doubt revel in this but, overall, I found it hit and miss, focusing more on sonic extremes of one kind or another (pinched high tones, guttural low ones, much in between) than any real solidity of form or concise exploration of sound.But maybe that's part of it, that the techniques, in fact, aren't so extreme anymore, that the sounds are more commonplace these days and, more, the interplay has about it something of the routine aspect of efi. At heart, it seems to be operating from a stance that doesn't hold as much interest for this listener anymore, though I admit I'd be hard pressed to quantify it further. "Too gabby" in Radu's words? Well, yes, that's part of it. More, nothing said I haven't heard before, I'm afraid. Your mileage may vary. 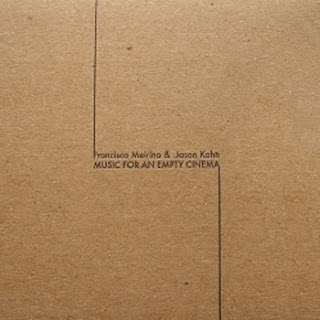 A fairly steady state work, mid-range in volume, fuzzy and complex in nature, made up of multiple elements, enough that it's difficult to take them all in at once. Some like the bristling central line tend to be heard in the foreground while others, like the low, distant thrum, can be perceived when concentrated upon but are more often "felt". Not everything is droned; manual manipulations and additions appear now and then, a kind of prodding of the field, bending the signal somewhat. It blisters a bit, disembodied, difficult to discern voices seem to be in there somewhere, possibly from a radio, eventually dissipates, as it must. The music is engaging enough though at some point, I felt it losing steam. I'd rather have heard two or three different tacks, but not bad.