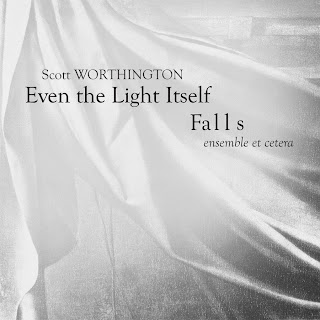 Scott Worthington - Even the Light Itself Falls (Populist Records)

A long (87-minute) piece for clarinet (Curt miller), percussion (Dustin Donahue) and double bass (Worthington)--collectively, the three comprise the trio, ensemble et cetera. My first impression, with the clarinet's avian, swirling trills, was of Messiaen filtered through Crumb (the percussion (celesta, I think, light gongs and cymbals, among others), with the bass lines supplying a kind of sostenuto effect while also singing back to the clarinet. But standing back, as one must do with a work this size, and taking into account the self-similar nature of the music (while the internals vary a good bit, it more or less stays in the same "field" throughout), I do get a little bit of a Feldman feel. About a half-hour in, there's a slight shift to territory a bit more sparse as though the bird in question wandered into a drier garden, but the essential character continues. In his notes, Worthington writes about the work's repetitive nature, though using waves or mountain views as a metaphor. I hear it more in the sense of "repetitive" sounds in a natural environment (like birdsong), lines that exist in a narrow spectrum, perhaps, but contain much variety and beauty and, of course, are a fine source for contemplation. A bit after 50 minutes, a celesta figure enters that's quite different from anything that preceded, more explicitly rhythmic and iterative; it only lasts a handful of seconds but leaves faint traces in what ensues, again recalling work like "Crippled Symmetries". I don't mean to belabor the comparisons as I think there's much going on here that's pretty unique to Worthington. It's a lovely recording; I'm very glad to have heard it and look forward to more. 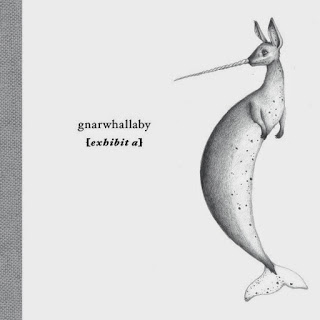 [If I may pause for an observation--young, contemporary chamber ensembles have developed an odd tradition of possessing seriously annoying whimsical names but, perhaps unfairly, this tendency seems to be worse on the West Coast. "et cetera", above is somewhat innocuous, "Gnarwhallaby" pretty bad but "wild Up", below...erm....ok, old guy rant over, back to the music]

Gnarwhallaby is comprised of Matt Barbier (trombones), Richard Valitutto (keyboards), Derek Stein (cello) and Brian Walsh (clarinets). "[exhibit a]" collects works by eight composers (including, interestingly, two who are better known--at least by me--as instrumentalists). There's an immediate item of fascination, two performances of which bracket the selections: Morton Feldman's little known "Half a minute it's all I've time for" (1972) which as near as I can tell, has never been recorded. It's like a tiny sliver plucked from a larger composition, four beautiful crumbs, isolated and lovingly rendered; the renditions have fine and subtle distinctions. Edison Denisov (1929-1996) is represented by "D-S'C'H", which begins colorful and spiky in true mid-century, modernist fashion, but mutates into a lovely dirge, the piano still poking holes in the dark fabric. We next encounter the first of five brief works ("Fluffs") by Nicholas Deyoe, a Southern Cal composer. Four of them clock in at between 19 and 35 seconds and are little more than amuses oreilles, tough to say much except two are delicate and soft, two growlingly aggressive, but the last, at 2:40 opens a window onto a very attractive, muted sound world, rather mysterious and implying a vaster space, something I'd like to hear more fully investigated.

I only knew Mark Sabat as half of the Sabat/Clarke duo, mainly for their recordings of Feldman. Gnarwhallaby performs his "Modernes Kaufhaus", in three short movements, the first a humorous tiptoeing through sour but tonal patches, the second more of a slightly drunken stumble (in a good way) through similar territory and finally, a surprisingly strident quasi-anthem, tick-tock rhythm supporting broad unison lines that seem to vaguely reference Eastern European tonalities. My personal seemingly constant exposure to 20th century Polish composers over the past few years continues with "Pour Quatre" by Włodzimierz Kotoński (b. 1925), a six-minute essay that seems to crete its form as it moves along, nodding to Penderecki now and then (perhaps the nod was returned?), taking some fine enjoyment from low, twining, sinuous tones; solid piece. Speaking of hitherto-unknown-to-me Polish composers, here's Zygmunt Krause (b. 1938) and his "Polychromie", a soft, subtly shifting piece, smoky and reticent, again quite attractive, a taste leaving me with the strong desire to hear more from this fellow.

The other composer I previously new only from his instrumental work is Steffan Schleiermacher. His "Stau" is possibly not something you'd expect if you knew only his Cage and Feldman interpretations, the music containing harsh, declamatory lines and regular rhythmic ticks before mutating in a kind of Louis Andriessen direction. I wasn't convinced but can imagine many folks getting a kick from it. Finally, Henryk Górecki's "Muzyczka IV (Konzert Puzonowy)" in two parts, the first a rollicking and riotous affair, the quartet sounding at least twice its size, the trombone riding, bellowing atop a deep, surge, the second a somber, reflective near-dirge, grainy and rich, ending in haunting, suspended piano chords. 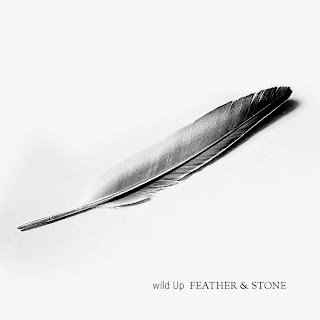 A very large ensemble (including the members of gnarwhallaby) playing an eclectic program of flight-related material.

Christopher Rountree's "Stand Still Like the Hummingbird" gives a kind of misleading indication of the disc's music, a bluesy jazz piece, not entirely convincing (think grand scale Either/Orchestra) that morphs into Gershwinesque pop classicism, a John Adams-y section and, eventually, Parker's "Ornithology". Nicholas Deyoe reappears with "A New Anxiety", a raucous affair with jazz affinities but in the Mantler/JCOA lineage before surprisingly, veering into grimy, drone-y electronics and more of a dark improv area filled with string harmonics; interesting piece. Messiaen's "Oiseaux Exotiques" is given a light, colorful reading, featuring good work from pianist Valitutto; a nice inclusion here. This leads top the first of two compositions by Archie Carey, "Mothlight", beginning with lush, sliding strings which dissolve into woodwind breaths and soft knocks before the strings reform; a sweet, brief piece. Odeya Nini's "Dante Quartet" is quiet and winning, gentle rustles and vibrations leading to a lovely, pastoral theme from winds and piano, unexpected and delightful though interrupted by short flurries of percussion that keep things grounded. We then range from abrasive electronics through varying prisms of rockish abstraction and massed brass in Andrew Tholl's "Still Not a Place to Build Monuments or Cathedrals", the whole sounding a bit constipated in a Michael Gordon sort of way, the music just begging for some real, unshackled abandon. The title of Chris Kallmyer's work, "This Nest, Swift Passerine" intrigued me (such a good word, passerine) and its onset entranced--bird sounds and a low string line that slowly blossoms into a cloudy field, gently meandering, picking up melodic fragments here and there, discarding them, climbing a small rise, enjoying the view; really a fine sweet/sour work that breathes quite convincingly. Carey returns to wrap things up with "Bird of Paradise in Paradise", commencing with a Mingus reference, sliding into long respirations, almost meditative, an odd melange that doesn't quite gel for me.

A mixed bag, then, containing a couple of jewels.