Every so often, I receive music that can, broadly speaking, be categorized as "post-free jazz". This always presents something of a dilemma for me. I grew up with the music, listening largely to that end of things from 17 through, say, 40 and I still very much love much of that work. But as my interests shifted elsewhere (arguably, as the music itself entered different phases), I found less and less to draw me in. In fairness, this engendered a feedback-like effect as I became further and further removed from the free jazz scene, enough so that it became (and still is) all but impossible for me to contextualize any such music that happens to pass my way. When contacted in advance about a current release, I generally try to make it clear that in all likelihood, the music won't be my cuppa but that I'd, of course, give a serious listen and attempt to comment as best I can, given the above caveats. As it happens, I've received several such discs recently, so thought I'd group them with this explanation attached. 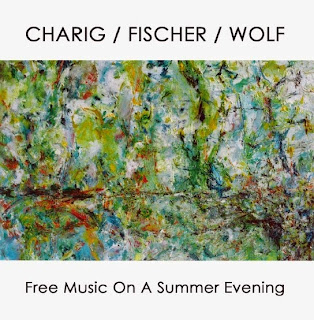 Oddly enough two of the recording, this and the subsequent one, are trumpet trios--well, close to it, cornet and alto horn here--, not the most common free jazz format and one that, in my mind, conjures memories of the ample space and transparency of trios (or duos and quartets) led by Leo Smith and Bill Dixon. This one has an extra added attraction. For those of my approximate age, our first encounter with Marc Charig was more likely than not while listening to King Crimson's "Lizard" in 1970, having no clue at the time about "jazz" as such and, indeed, finding the various horn sounds on that album to be somewhat mysterious, their true source all but unidentifiable. He has an identifiable sound, though, and over the years I'd hear him now and then, with Centipede, Elton Dean's "Ninesense" (I believe I saw him in concert with same in Rome, in 1998) or Barry Guy's London Jazz Composers Orchestra. His sound always stood out and inevitably elicited a warm, nostalgic rush.

That's immediately the case here as well, in the company of Wolf (bass) and Fisher (drums). Between Charig's recognizability and the limpidity of the trio form, I find an easy attractiveness in these pieces, all group improvisations, even if the language is not my choice and the music is more conversationally oriented than I normally enjoy. Charig makes the difference for me here, unfailingly inventive and light (I keep coming back to "transparent"), as busy as many a free improv brass player but managing to avoid any sense of overbearing or insistence. Wolf (who I don't believe I've previously heard) has a solid, deep sound that engages quite well with Charig, similarly non-insistent and unfussy, renders some especially strong arco work, reminding me a little bit of Malachi Favors. As well, Fischer is nicely restrained, kind of like a less frenetic Barry Altschul (you see how ancient my frame of reference is!). The pieces gently meander, here acquiring a slight Spanish tinge ("Potpourri for Harribee") but also fall victim in tracks like "Flows and Flurries" to a (relatively benign) form of "gabbiness" not at all uncommon in this field (though the 14-minute piece ends quite beautifully). Naturally, that will bother others far less than myself and, overall, the salutary effects of the album are enough to recommend it to free jazz fans without hesitation. Would that all music in this area was conceived and performed at least this intelligently. 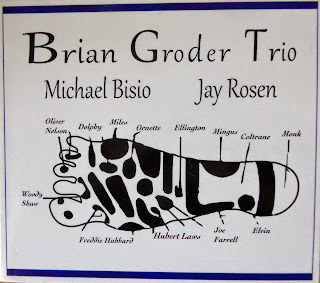 Trumpeter Groder's recording is of a different nature, not the least in that all nine pieces are his compositions (save one by Joanne Brackeen), so depending how much latitude you allow the definition of "free"...His companions are bassist Michael Bisio, a veteran of the scene and playing partner of Matt Shipp, Joe McPhee and many others, and drummer Jay Rosen, another long-time denizen of the scene, having worked with the likes of Braxton, McPhee, William Parker and more.

Braxton, indeed, has been a point of reference for me when I've heard Groder's work (more precisely, Kenny Wheeler with Braxton), though his name doesn't appear on the humorously labelled cover image and those of Hubert Laws and Joe Farrell (?!) do, summoning pictures of old CTI LPs. His lines often have that sense of clean, fragmented, slightly askew bop, on the verge of purely swinging but avoiding the temptation. Though his tone is thicker than Charig's, there's once again a feeling of clarity and air, an impression I always welcome. As well, I hear more than a bit of Holland in Bisio's (very fine) playing. The first three compositions have a similar feel, something along the lines of Braxton's "Composition 23D" (Side One, track three form "New York, Fall, 1974"), very pleasant and relaxed with intricate lines, extremely well played though perhaps a bit self-similar for comfort. The Brackeen piece is a welcome break from this mold, a strong, maybe Sun Ra-ish bass figure supporting some agile, wonderfully melodic playing from Groder. "Tarried Breath" is dark and slow, quite luscious though here recalling piece's like "Composition 38A" (a personal favorite) from the above-cited recording. I don't mean to harp on the fact, but the associations are, to my ears, unavoidable. This is an interesting situation to consider when trying to evaluate work. I've no idea whether it's an actual influence on Groder, if he simply came to this territory via his own inclinations or if it's more me and my history. That mid-70s period for Braxton is a big favorite of mine so, on the one hand, I can loll around in quasi-similar sounds with some degree of pleasure. On the other--well, I'm not sure I understand re-mining that field forty years later, no matter how lovingly scoured. But I've little doubt that many a contemporary jazz fan without my misgivings would find this imaginatively performed, exceptionally well played album very much worth their while.

This recording is set for July 15th release on Latham Records 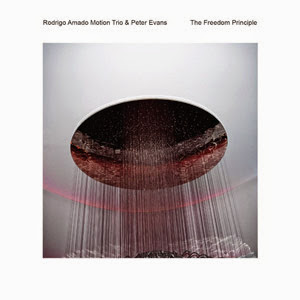 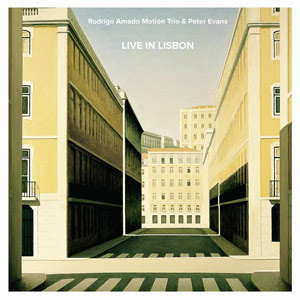 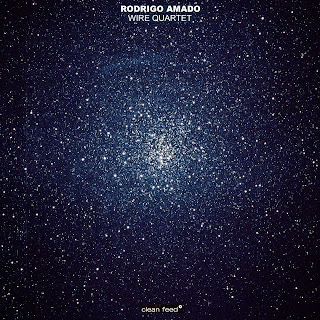 Tenor saxophonist Rodrigo Amado's work, heard here in two quartet formats, is in a way a more traditional version of free improvisation, the muscular approach that I think of as extending back from Archie Shepp up through, say, Dewey Redman and David S. Ware--turbulent, unbridled, eruptive. Which is not to say out of control, as Amado generally walks a very attractive line between the restrained and the unleashed, generating significant tension.

The first two items were recorded two days apart in Lisbon, one studio and one live, with the working trio that includes Miguel Mira (cello) and Gabriel Ferrandini (drums) as well as guest artist Peter Evans (trumpet). The three pieces on the studio date are improvisations, engagingly loose structures with much conversation, especially between the two horns, but still with a vague sense of "the solo" in place. For quite some time, I've found it a bit strange the way the rhythm section in many free bands tends to fall into its classic role lo all these years since Ornette and others strove to level the playing field; not as regimented as before by any means, but still. That said, the quartet gels finely, the recording capturing the space between musicians quite well, the ensemble as a whole creating music at least on a par with anything I've heard in the area for the last decade plus (again, allowing for my limited exposure); had I encountered this at one of the several Vision Festivals I've attended, I would have been happily surprised. I can't say I hear anything particularly new or different in the quartet's attack, but that may not be a concern; what they do, they do well.

I find the first side of the live LP a somewhat more satisfying experience, especially in the portions (as near the beginning) when Amado and Evans proceed in a less restrained manner, playing with abandon. Amado allows himself longer, more fluid lines which strike me as more convincing than the guttural, short chunks that seem more common. As above, the music works quite well on its own terms though, to my ears, it's not fundamentally different from, say a good Brötzmann/Kondo quartet affair from the early 90s. On side two, the quartet attempts to negotiate sparser territory and the results are uneven, indicating how difficult this terrain can be to navigate. It's only when they morph into a fuller area, a kind of lyrical, mid-tempo free playing (Amado channeling Shepp quite ably, along with dabs of Sam Rivers) that things once again cohere.

"Wire Quartet" was instantly intriguing to me due to the presence of Manuel Mota on guitar, a musician whose work I've enjoyed very much, off and on, in the past. Ferrandini remains on drums but Hernani Faustino is now heard on bass. I think that, despite most evidence to the contrary, I always expect Mota to flow toward the quieter tendencies he showed on parts of "Leopardo" on Rossbin but I assume that's simply not his predilection. He noisily, abstractly attacks matters here on the three improvised pieces in a way that's indistinguishable, to me, from many a post-Bailey guitarist and (not that it's necessarily a fair comparison) isn't as attractive a foil for Amado as was Evans. Still, there are fine moments as when, midway through the long opening track, "Abandon Yourself", things go from relatively harsh to lyrical (I have the general impression that Amado's musicality functions better in more "stable" surroundings) and Mota is in more of a comping mode. But the track ends with a spate of treading water, bringing to mind one of my most common complaints against recent free jazz: the inability not to play, the insistence on (everyone) continuing to produce sounds long after the point of diminishing returns. The remaining two tracks have their moments, the improv meandering a bit then clicking for a while (here spurred on by both Amado and Faustino's strong playing), all the music offering big rewards for listeners attuned to the style.

It remains tough for me to really get into the music; my tastes have simply drifted far afield. I can only say that almost all of the music covered here today sounds at least as good as most of what I've encountered, in limited excursions, in the territory over the past 15-20 years. If your inclinations tilt that way, by all means check out this work.