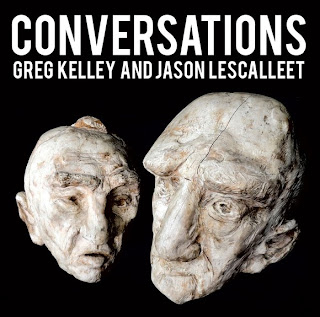 It's tempting to use the term "epic" here, but I'll resist. There's certainly a sense of structure, even if the six tracks are culled from three different performances over roughly a year. I say "culled" because I get the idea that the pieces were molded somewhat to fit into this conversational trope. One hint is the durations of the cuts (per itunes): 11:11, 5:45, 2:22, 6:56, 33:33 and 11:11. I've no idea what this signifies but knowing Lescalleet's penchant for messing with titles and track lengths, I bet it means something. Taking the rather banal album title as a starting point, the track names all bear some relationship to personal communication, although the parenthetical addendum to the final piece, "Pechuga Cadaver" stands apart. I'm guessing the pechuga in question refers not to the chicken breast itself but rather to the mezcal that uses the pollo as an ingredient. Moreover, if there's an audio connection to the Beefheart song, I don't hear it. Indeed, I'm a bit surprised the pun wasn't extended to "Pechuga Palaver". As to the close-up of the sausage (if that's what it is) on the back cover, I have no comment...

Descrying an arc may be reading too much into things, although the music does move from a relatively smooth, tonal opening piece to a harsh conclusion, arguably charting an initially polite conversation. That first track, "Introductions", with its woofer-threatening subsonics and long, mellifluous lines at times recalls the opening strains of "Also Sprach Zarathustra" (that speech thing again) and, when some rhythmic iterations occur later in the work, some of the denser music of early Terry Riley. It's an enormously impressive eleven minutes, a great drone-like work with deep, pure lines from Kelley's horn twining through the hum and yet, as immersive as it is, there are supremely disorienting moments where this entire world, so present, is thrust into the background by hyper-real, clearly etched clicks and scratches, as though you suddenly realize that what you've been experiencing is a simulacrum and "reality" is outside it, looking on. Fantastic stuff. "Consultation" begins in the same universe, though perceptibly darker and woolier, eventually fluttering and shuddering, gaining the aspect of a turbine warming up while the brief "A Frank Discussion", which commences with intense grinding, Kelley's metals in play I think, screeching over Lescalleet's growls, but then comes to an abrupt end when the latter says, "We're gonna stop this now, ok?" and shuts things down. Again, that palpable "exterior" presence.

"La Conversación" features a welter of Kelley gabbling, both impressive and humorous and, in the context of the album, something of a breather, leading into the lengthy "Intercourse", a mini-epic on its own. It's the most recent recording, a live set from April of 2014, and is a model of controlled intensity, steaming and metallic, often sounding like a hyper-extended scrape. There's subsidence, a fine thinness in place, quiet throbs, obscure rattling, drawn out further and further, ghostly; any conversation has evaporated into the ether. But a hive-like whine recurs, Kelley's burred trumpet providing much of the color. It crests, ebbs, stutters to a stop, a fine, fine piece and, one would have thought, a great place to end the album.

But no. "Sayonara (Pechuga Cadaver)" comes forward and says, "Not so fast, not so easy". As if to comment on the futility of communicating, we get a squall of high feedback, brutal and verging on the physically damaging, whistling and spiraling near-chaotically, morphing into a despondent sounding, organ-y drone, oddly listless and empty, even alien. This 11:11 squashes the promise of the first, grinds it into sausage.

Great work, one of the strongest releases I've heard this year. 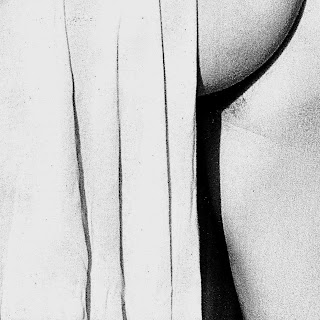 Jason Lescalleet - Much to My Demise (Kye)

The enclosed note included with this white vinyl release is salutary, advising the purchaser to allow both the disc and the cover to degrade in a natural manner over time, not to protect it as a keepsake. "There is nothing pure in your hands. let it go." Excellent, instructions duly followed. The music is as surprising as it is entrancing. Not that Lescalleet never pushes toward the (relative) quiet (I fondly recall a set of his with Sean Meehan at Issue Project, for example) but, at least in my awareness of his recent work, this level of softness and almost romantic loveliness hasn't been in play. In fact, had I been listening "blindfolded", I might have guessed label owner and frequent collaborator Graham Lambkin was responsible. Rather, Lescalleet took tapes from various sources and buried them for three months, exhuming them after some amount of organic deterioration had occurred, assembling pieces from the remains. Side One begins with "A Misinterpretation of Mispronunciation", building from its isolated piano notes hanging in dust, whispers and scratches (from the unearthed tape or the vinyl, who knows?) to the swirling, hymn-like atmosphere of "The Tragedy of Man", a dream church, a vaguely malevolent one (I'm not sure I don't hear bits of "Einstein on the Beach" buried somewhere in the depths).

Side Two's excellently titled "My Dreams Are Dogs That Bite Me" is all about the rumble. I tentatively used the term "quiet" above; I found myself playing with the volume level on this piece a bit, sometimes keeping it low and seemingly distant, other times pumping it until it became a palpable part of the room. In some ways, it harkens back to my earliest memories of seeing Lescalleet in performance, running crumpled tapes between multiple players on the floor, those impossibly complex overlays, hinting at rhythm by their iterative nature but bristling with asymmetry. The sound here is very boomy, full of muffled fluttering, grimy washes, sudden stops. Dirty feedback roars emerge, are ground to bits, spread like gravel and compressed into a dense, rough conglomerate, gradually coming somewhat unbound toward the end. The center will not hold.

Really fine work; I enjoy it every bit as much as "Conversations". 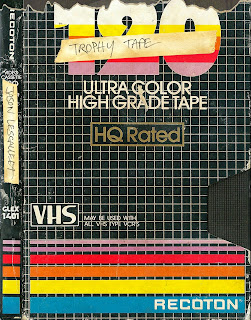 First, kudos to Matthew Revert for the amazing package design.

I'm not the best person to be asked to comment on videos as I have a particularly low tolerance for the form. Here, Lescalleet asked 13 people to create videos as accompaniment for the 13 songs on the first disc of "Songs About Nothing" (Erstwhile). In all honesty, I don't have anything close to a perfect memory of the album and am not sure if the music appears on the DVD as is, altered, sampled or otherwise changed. Watching through, I had only a vague notion, after the start, who was responsible for which video, assuming they were appearing in the same order as listed on the box. I admit to being a little pleased to discover, as the credits ran at the end of the disc, that my favorite was Olivia Block's car park footage accompanying "The Power of Pussy". Extended, only moderately toyed with video is more likely to nestle into my comfort zone and this one worked just fine for me. A couple of folk took the titles pretty literally ("Escargot", "Friday Night in a Catholic Home"), most less so. Contributions are from Aaron Dilloway, Ellen Frances, Annie Feldmeier Adams, Justin Meyers, Antony Milton, C. Spencer Yeh, Block, Adel Souto, Neil Young Cloaca (:-)), Todd Deal, Jubal Brown, Heidi Alasuvanto and Robert Beatty.

Your mileage may well vary. Me, I prefer my Lescalleet unfiltered.

All also available via Erst Dist