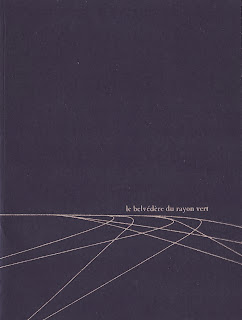 Five pieces recorded by Doneda (soprano sax, radios) and Kocher (accordion) in a "half-abandoned" hotel in the south of France, near the border with Spain. The hotel is as much a part of the music as the two instrumentalists as they keep their contributions on the quiet side (though things well up now and then), attempting to blend in with both the physical reality of the building and its atmosphere, contemporary and historical. Doneda gets that sour, harsh breathiness like no one else and it serves him well here while Kocher allots a decent amount of time to "traditional" accordion sounds, albeit often in the extreme low and high ranges of the instrument. The tracks are titled "Chambre 11", "Patio" and Cinemas I, II and III and each has its own character. You're surprised at the onset of the third cut by the sudden presence, in what sounds like a large, empty room, of a male/female conversation, though our stalwart musicians carry on apace. It's not like you hear footsteps or anything so this may be a result of my simply imagining it, but I do get a nice sense of the pair slowly roaming around, poking their axes into corners and closets, taking in their environs on the move. A fine evocation of place with well-considered musical additions--one of my favorite things from either musician in quite some time. 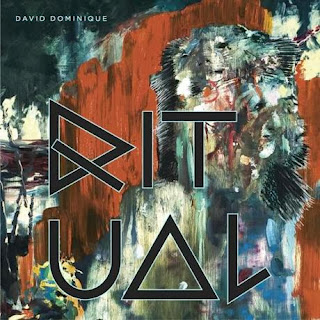 Boston-based composer David Dominique cites influences ranging from Mingus to Zappa to Sun Ra and many others, all of which can be heard in this bouncy, propulsive session, though I found myself thinking more often of another band from his hometown, Either/Orchestra and, most of all, the good old Microscopic Septet. Dominique plays flugabone on all tracks, which I'll assume is what it sounds like, and he's accompanied by a shifting ensemble that includes up to three reeds, violin (Erik KM Clark, who I've heard on other works emanating out of Cal Arts), guitar, bass and drums. The tracks are fairly short, tightly composed and performed, very well arranged (the band often sounds bigger than it is) with catchy, often boppish melodic lines and the occasional good, tough solo. I hear Mingus most often in the Dolphy-esque alto of either Gavin Templeton or Joe Santa Maria and Zappa both in a few of the complicated, convoluted charts and the odd chugging rhythm, though I also detect a snatch of Willem Breuker here and there. The latter comes to the fore (although I allow that this might well be more me than Dominique) on perhaps my favorite cut, the appropriately titled "Drunk Hump", which also features a roaring baritone solo by Templeton. If I have complaints about the pieces, they might include not caring for the guitar parts and a desire to hear some of the compositions explored at greater length, perhaps incorporating less programmed areas, more room for free improv, letting these densely wound nuggets unfurl a bit. In an interview, Dominique documents the history of some of these works as well as going more deeply into his influences. I'm guessing there's a good bit more to his world than what's presented here, though listeners in tune with those musicians referenced above will find a good deal to enjoy with "Ritual" on its own.