The first release on Hector Rey's new label and it's a good, rough little nugget. Three tracks and only some 15 minutes in length, a quartet of Belorukov (alto), Harpakahylo (drums, objects), Lichota (saxophones, objects) and Nasung (guzheng). The first track contrasts percolating sounds from the reeds and light rattles from, perhaps, the guzheng with dark, soft moans beneath and, later, even softer wafting lines from one of the saxophones--really strong, great layering, very evocative. Cut two is quieter fare--breath tones, key pops, various rustlings and rubbings, gelling into longer sounds as the piece goes on--a bit more "standard" but well-paced and finely executed. The final, brief piece begins more turbulently but again settles into a space where muted drones co-exist happily with the scrapes and grit. Fro this small sampling, it seems as though this is a kind of operating principle with the quartet or more likely just a momentary tendency. It's a nice taste though, curious to hear where they go if they continue as a unit. 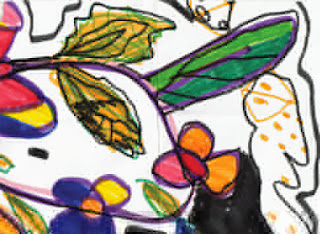 Using amplified objects and no-input mixers, Barrière and Garcia have put together one of those recordings where my level of enjoyment (high) matches my inability to say much of anything coherent about it. It's generally very quiet although two of the four tracks begin with bursts of harsh noise and there are several lesser eruptions throughout. The sounds are packed with some degree of denseness, busy enough to generate a kind of scurrying quality though not so much as to become gabby. There are a few elements that are long-held, though they tend to be backgrounded, the more percussive or burblingly electronic sounds catching your attention more easily. It's very calm in the sense that you don't feel the pair is hurrying to get anywhere, just carefully ambling about, noticing the odd patch of interest, investigating it for a bit, moving on. They create an active, very alive space, airy but subtly intense. Something clicks really well here, some tensile connections established that vanish when you try to look at them directly. Really fine work, I highly recommended seeking it out.