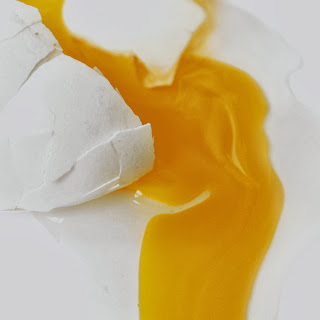 A dance score by Rutger Zuydervelt for a work by Iván Pérez dealing with aspects of human relations in contemporary Russian society, the six tracks ranging from rhythmically aggressive to serene and much in between.

After a low hum on the first track, the second section launches into a metallophone driven, bleak landscape, where tiny creaks blossom into infernal, post-industrial vistas, all steam and isolation. The music descends back into darkness after this, dim glimmers and crackles appearing midst the gloom, all very effectively handled, especially as the resonances of the gongs (?) gains power and depth. (titled, "Kostya's Solo", I'd be very interested to see how this was danced to). Ultimately, the cut develops a heavy, malignant throb, a moment that shows how far the shadow of "Swastika Girls" can stretch. A peaceful track for floating, muffled gongs is followed by one with a more insistent, abrasive (though fairly soft) mechanical rhythm. The disc ends very ethereally though. It's been mostly percussion and electronics throughout, here in warmly vibrant tones, hazily ringing, suspended, muffled voices, even making oblique references to melodies, dreamy but never losing rigor.

A good job all around, excellent sound (mastered by Joe Panzner) in which to wallow. I can only imagine how well it worked at Ballet Moscow. 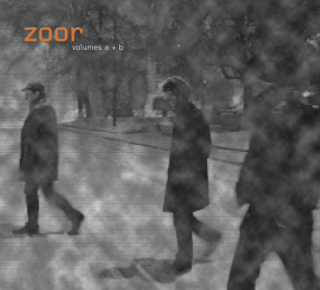 Two performances, about 40 and 30 minutes respectively, from 2013, the first at Instants Chavirés, the second at Atelier Polonceau. They each follow a similar path, that of the extended, slow, meander--not quite a drone, but using long tones and no overt form, instead allowing the billows to form cloudlike shapes on their own. I sometimes found myself thinking of the music as the antitheses of The Ames Room. Denzler spins out mournful, slowly ululating lines, Mariage churns sustained chords and Gerbal creates lush flourishes on cymbals and tomes, snare rolls, all resulting in this dense, inertial mass that sits and seethes. Sometimes, Denzler gets into a Coltrane-ish, mode, as though playing a ballad and lingering on the long, slow codas. These are some of my favorite moments, actually, as take place about 1/2 hour into the first track. It's an interesting approach and both sets are enjoyable although, as with Ames Room, once heard, you wonder how much else there is to say. On the other hand, by continuing this line of investigation (if they do so--I'm only going by this recording), they may uncover areas unknown. You get glimmers of that now and then, late in the second piece. We'll see what happens from here on in. 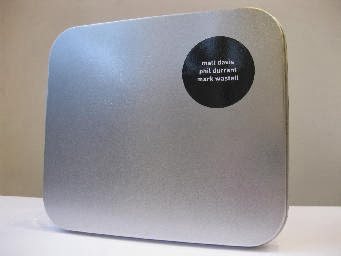 The most recent in Confront's reissue series, an August 2000 date with Davis (trumpet), Durrant (violin) and Wastell (cello).

A good set from the early (ish) days of quiet improv, when the word "reductionism" was still in the air. I think, though, you can still detect the vestiges of older-school free improvisation here, especially in the little spurts and starts from Davis and Wastell near the beginning. Durrant, here, is the one that maintains longer, very quiet and sandy lines while the others create tiny explosions around the edges. But some ten minutes in (out of 30), things simmer way down, the space around notes expanding, the contributions from the musicians becoming sparer and, to my ear, more considered. Spare enough that it seems to have engendered a round of premature applause from the audience...There's not so much more I can say about this. If you were aware of what these fellows were up to in 2000 (especially Durrant, circa "dach"), you'll know what to expect. Fine work, do check it out.

Did you know you can shorten your links with AdFly and get cash from every click on your short links.