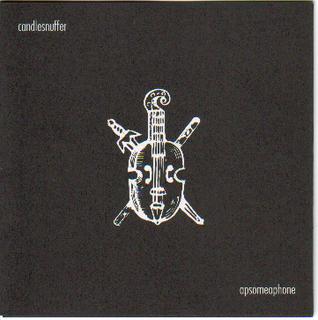 Listening to a couple of things sent my way by David Brown, a guitarist/composer out of Melbourne who, as I understand it, spent a few weeks as a member of AC/DC in times past. Heh heh. How far we've come! Interesting stuff, initially sounding maybe too much out of Zorn circa 'Spillane' but, on closer listen (not that I should have needed to, really) having much more to do with concrete composers like Henry. Two discs, "Candlesnuffer" (which is a solo Brown project) and "Morpho", his collaboration with David Wadleton. Like an absurd number of fellow Aussie musicians, he's marvelous as far as sound separation, etching an enormous variety of such into space with startling clarity.

My never-ending delve into Japanese literature continues apace with three more acquired today, one classic and two in the thriller vein. "The Tale of Genji" was written in the 11th century by Murasaki Shikibu and is one of the contenders for the First Novel Ever award. Yes, I went for the abridged version, cowed by the massive complete tome. I'd heard good things about Kenzo Kitakata and now have "Winter Sleep" in hand. And I've just begun Natsuo Kirino's "Out"--not spectacularly written (as far as one can tell by the translation) but well paced early on.

Updike's "Rabbit Redux" was pretty amazing. As was the first in the series, just a ruthless study of the tall, lumbering, dazed central character, bumbling his way through the late 20th century, hurting some people, helping some, sensitive to certain issues, utterly ignorant of others. The novel takes place in 1969-70 and one of the sidelights is how, writing in '71, Updike so unerringly captured so many events, signs, etc. that would become emblematic, even cliched, over the ensuing years. Very impressive.
Posted by Brian Olewnick at 12/19/2006 09:46:00 PM

hey brian,
I just saw dave play here in nantes with the trio of him, anthony pateras (prepared piano) and sean baxter on drums, really really fantastic music, while I've seen dave many many times play before this was surely the most rewarding for me...
ciao!
W

Good to see you here.

I think it's the pervasiveness of Brown's guitar (on Candlesnuffer, at least) that keeps me from hearing it more in the concrete vein, always drawing things back Zorn-ward. But I need a few more listens, at least.

Received another thing the other day from that end of the world, by Charles Curse (?). Pretty odd...

Oh man, I have picked up fondled and put back The Tale of Genji probably half a dozen times at various stores. Just seemed so massive and the translation also perhaps a little early. So curious to hear what how the abridged version treats, though I have to admit that abridgment does make me flinch. And hell after Against the Day any single book novel will seem small. :)

Normally, I'm not fond of abridgements myself but I figured, if it really knocks me out, I can always go back for the whole thing. Besides, I tend to bring books along with me to work for subway reading and really hate toting around 5-pounders.

btw, a long time ago I happened to pick up Chen Ping Mei, kinda the Chinese equivalent of Canterbury Tales or the Decameron, also excellent.