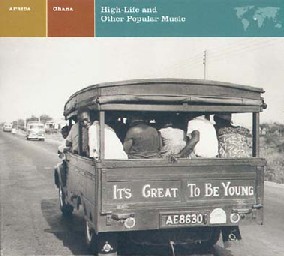 Back in the early to mid 70s, while I was at Vassar, there was a small record store a couple blocks west of the campus called something generic like, iirc, The Music Gallery. It became a popular place to hang out in no small part due to its owner, Garry Velletri. Garry was a huge fan and proselytizer of King Crimson and the Canterbury scene in general, branching out into affiliated areas. I recall walking in one day and being astounded at the music coming from the house system, soon discovering it was by a guy named Dudu Pukwana, from his glorious "In the Townships" album. Also where I heard Frith's "Guitar Solos" for the first time, around '75. More on that sort of thing later.

Toward the back of the store, in a small raised area, there were the Classical and World sections. Probably wasn't called "World" at them time; maybe "International". In any case, in one or two small bins was found the entire stock of contemporary classical and "International" recordings, including a bunch from the Nonesuch catalog. These were great discoveries! First of all, they were sold at a discount price. LPs were going for four or five bucks at the time while most Nonesuch items were 99 cents or a buck forty-nine, making them relatively easy to take a chance on. But it was my first exposure to people like Xenakis (the Electro-Acoustic Music album! Bohor!), Penderecki, Crumb, Stockhausen, etc. (though the Stockhausen record I remember from then was Microphonie, I think on Angel) It was also my first real exposure in any depth to non-Western music.

There was a 2-LP set, "The Nonesuch Explorer", that proved invaluable insofar as pointing me down various paths. To this day, I think it contains some of the most thrilling music I know, things like "Theodora Is Dozing" and that incredible mbira tune, "Gumbu Kumbu", with Laura Chiora's voice...I picked up several individual records, especially things from Bali and South Africa/Zimbabwe, though not enough and eventually, at least since the mid-80s, the LPs went out of print.

Happily, a few years ago, Nonesuch began reissuing them on disc. They've been doing it by geographical area, beginning with Indonesia/South Pacific and Africa, then getting to Latin America and the Caribbean. They've been stalled there for quite a while though a friend of mine who knows Bob Hurvitz asked him (on my prodding) and he says that they indeed plan to continue issuing the entire catalog.

I've been picking them up almost on sight. This one's a fairly recent addition, a brief but joyous batch of selections performed by Saka Acquaye and His African Ensemble out of Ghana. Pop-influenced, to be sure, but retaining more than enough indigenous spirit to over-ride any qualms on that account. A piece like "Saturday Night", infectious in an everyday way, can be heard echoed in compositions by Randy Weston, Grachan Moncur and other musicians who, in the 50s and 60s, sought to inject West African melodies and rhythms into jazz forms. Acquaye's band is really a jazz group: Drums, reeds, vibes, trumpet, guitar and bass. This was recorded in '69. Wonderful album. Thanks for everything, Garry!