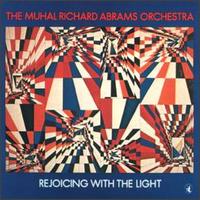 I have to admit, it's becoming a little painful wading through some of these records. I think I'll deal with the remaining Muhal's in one fell swoop.

Yeah, not one of his better covers. And the first track--oh my lord. The vocalist is Janette Moody (a relation? don't know) and her singing--more accurately, the part assigned for her to sing--is one of the most grating, unpleasant things I've ever encountered. Obviously, I don't mean "harsh" in the normal sense of things but in context, yikes. Accompanied by cello (the redoubtable Abdul Wadud) and arco bass (Rick Rozie), it's an amazingly tedious piece. My good friend Walter may disagree, but this track epitomizes, for me, everything that Muhal gets wrong. The following piece has some nice reed voicings and sounds a bit like some of Anthony Davis' work from around the same time, but not as vibrant. I'm pretty sure by this time, I'd've been eyeing the track titles, trying to figure which one was likely to be the "good" one. Has to be "Bloodline", right? I think I got a sinking feeling in my gut as it began, though, with brooding, semi-tonal horns but....then it takes off, launching into a hugely fun, quasi-strut march with a wacky theme reminiscent of 20's Ellington. The solo sections settles into a medium bop groove with fine efforts from Muhal, Baikida Carroll, Craig Harris (remember when he was exciting?) and others. Nice to hear Howard Johnson on bari here as well. Then a couple more desultory pieces, though the finale tries to get some steam working, sounding a bit like the more boppish pieces from Braxton's original Creative Orchestra Music LP (Brax wrote the liners for this one). Onward.... 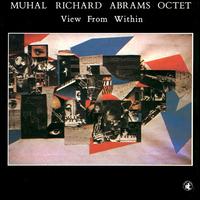 The great Ray Mantilla joins Abrams' octet on "View from Within" and intitiates things with some fine solo conga. With Thurman Barker and Warren Smith in tow, you've got the makings of an excellent rhythm section. Ah, but then....I guess the horn parts are intended as a modernist take on Afro-Cuban jazz but it just tries too hard. It's OK, I suppose, but not nearly as gripping as I'm sure was desired, seeming resolute in its reluctance to really groove, though when the percussionists get their brief turn late in the piece, it's pretty juicy. Then the usual run of stuff. There's some uncredited synth here that I assume is Muhal; not good. I note that both Braxton's liners for the previous disc and Hale Smith's for this one pay appropriate homage to Muhal but say nothing about the music contained therein. As always, and it's getting to be a pretty tiresome construct by now, Side Two opens with the "straight" piece, "Down at Pepper's", a good, slow blues.

Aggh...I can't do it. Too hard to sift through this stuff. I have three more albums in this vein, "Colors in Thirty-Third", "The Hearinga Suite" and "Blu Blu Blu", all of which pretty much follow suit, at least to these ears. I do want to mention one other that gets overlooked, Muhal's duo with Cecil McBee, "Roots of Blue". I think it's the only thing ever issued on his own imprint, RPR, recorded in '86. However, almost humorously, it has essentially the same structure as the large ensemble discs with only the title piece (Side Two, Cut One!) a rich blues, the rest kinda wishy washy.

I gave up after "Blu Blu Blu" in 1991 and I remember it being an iffy proposition even at that point. Muhal is a great and important musician, imho, but his best work was done by the late 70s as far as I can hear. But even had he not produced a single note, founding the AACM is something for which we're all enormously indebted to him. Plus, as I said a while back, he's a helluva good person. Thanks, Muhal.
Posted by Brian Olewnick at 12/02/2006 10:01:00 PM