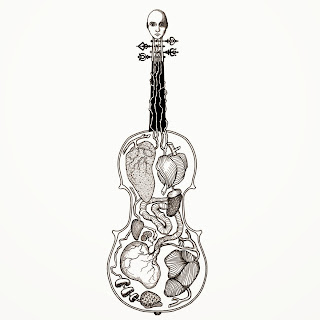 A large (150 minutes plus), varied and generally quite good selection of works played by NYC violinist Carlson. Readers of this page will especially enjoy the three compositions by Jürg Frey ('A Memory of Perfection', 'Distant Colors' and 'wen III') and I also especially liked Tyler Wilcox' 'Two Violins' (first work of his I've heard, I think). Peter Ablinger's 'Augmented Study' sounds like a kind of gloss on Tenney's 'For Anne Rising', but manages to carry some unique feeling also. Carlson often overdubs several parts and, when the occasion demands it, includes other sounds as well; his playing is discreet and controlled throughout. Most of the pieces are on the quiet side and, doubtless, few will find everything to their taste but, on the other hand, there's something for most everyone, even a couple of Babbitt works. Since this is all readily listenable on the Bandcamp site, I won't go in to more detail, will just strongly suggest giving a listen, as it's very fine work. 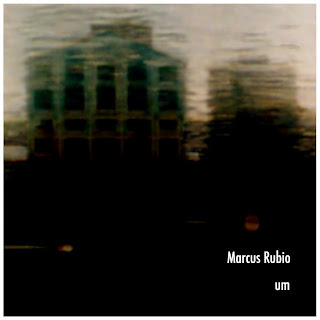 From the description, I imagine the pieces stem from fairly simple sources but have been repeatedly processed, perhaps akin to what you might do with an image in some Photoshop-like application, applying a given filter or set of filters over and over again, until what remains has migrated into an entirely other territory. Still, I think you can pick out, now and again, the mother instrument in a track like 'Banjo', lurking somewhere behind the squalls of (quasi?) feedback. The cuts are fairly short (made up of compressed packets of dense sound as a rule), only two breaking the eight-minute mark. 'Suck' kind of stands out, a thin, wiry, quivering line--not quite a drone but consistent--that gradually grows bristles and unfurls in a staticky tendril--excellent. 'Fanjo' (I take the title as self-explanatory) is more drony, though in a fluttering, winding way and has a tonal quality more or less absent elsewhere here, a good tonic and fascinating in its own right, a kind of endless spiral, knocking into some (welcome) obstructions toward its conclusion and ultimately disintegrating. Again, listen for yourself. Solid, focussed and tough sounds.