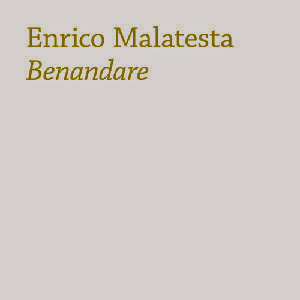 Not your usual solo percussion recording.

Malatesta offers three tracks, using "skin instruments and metal objects", each occupying more or less the same area but with subtle differences. That area involves a kind of dry, resonant scraping, presumably brought about by simply moving the objects over the skin=clad surfaces in a roughly circular motion. The pieces are titled, collectively, "Immersion/Artifice", the second half of which causing me to wonder if there's something going on that I'm not picking up but I'm satisfied, as is, with the apparent simplicity of the work. The first track almost sounds like muffled drum rolls recorded from a large distance, as though around the corner in a cavernous building or, indeed, a cave. There's something liquid/metal about it too; had I been told it derived from a torrent of water, irregularly pulsing, surging into a pipe, I might not have batted an ear. The second diverges from this only slightly, the sounds a bit drier, but also feeling somehow remote, listened to from afar. And the final piece seems to have made the transition to the rubbed surfaces (making me think that those "drum rolls" were my imagination), dry and resonant, the metallic element deferring to the grain of the skins. Each piece maintains its form throughout, the overall cast not shifting, just the internal movements and pulses, the latter always present, insistent but not quite regular.

A very interesting album, working fine as a recording but, as is often the case, creating a hankering in me to hear it in situ, a hundred or so feet away from Malatesta, around that corner.