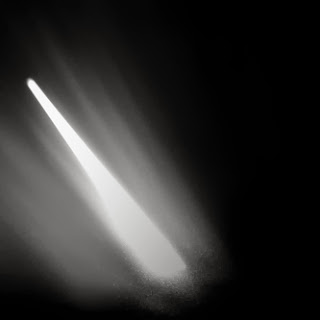 A smile inevitably crosses one's face, before hearing the music, when confronted with a work from Ottavi bearing a title like this. More so when scanning the thirteen sections, each bearing a classically inspired appellation like, "mouvement secundo presto" or "suite variation menuet". This is The Noiser, after all, so when the initial, full-force static assault of "prelude" booms forth, one thinks, "Yes, of course." But then, after the "silcenzio" (not sure, wondering if these terms are Corsican), matters mitigate. Each of the movements is self-contained, concentrating on a given sonic territory for several minutes, often augmenting it during its course but not venturing too far. There's a slightly surprising lack of aural violence here, relatively speaking, Ottavi seemingly more concerned with the overall form of the work and the way the subtle grains rub against each other. It's not a dramatic arc by any means, more a matter of positioning, almost a list, the connective tendrils having to be sought. That said, I find myself enjoying the tracks more as individual nuggets, especially the sparer ones like the sparse clicks, whistles and occasional explosions of a cut like the aforementioned "suite variation menuet". They possess a great amount of depth, multiple plies, and one can only imagine the kind of buffeting one's ears would absorb in a live situation. I wouldn't mind hearing a more organic cohesiveness maintained over a long stretch such as this; perhaps that's to come. On the meantime, another strong effort from the Noiser of Nantes. 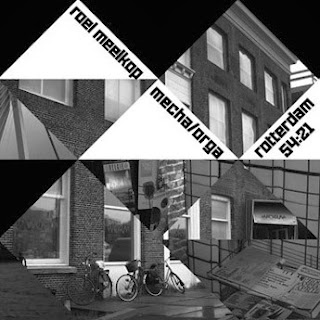 A collaborative disc between Meelkop and Mecha/Orga (otherwise known as Yiorgis Sakellariou utlizing field recordings made in Rotterdam (Meelkop's home town) as well as other electronics, presented in three tracks, a duet and two solos. The duo quickly morphs from recognizable area recordings into flat electronic pulses, intentionally deadening, winding down to flat blips before resurfacing at another location altogether, wispy and wind-driven, with a strong feeling of abandonment. There's a lovely, extended period of quiet, distant sounds, the pair allowing "almost nothing" to take center stage for a good while. Harshly grating metal announces a return to immediate activity; all is stark and cold. A tough, largely unpleasant and strong track. Meerkop's solo is all hushed, muted noise,a natural steady-state sequence, essentially urban background hum 'n' throb, but entirely absorbing. Mecha/Orga's piece begins more volubly, but soon settles into quietude as well, though more rural in nature, with soft water and wooden tapping, before the machines return, pounding and stamping relentlessly to an abrupt end. A good job, gray and intense. 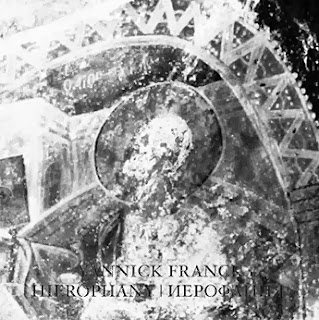 "A physical manifestation of the holy or sacred, serving as a spiritual eidolon for emulation or worship." The sleeve design and track titles ("Mausoleum", "The Dive" and "Dying Down") could have been used in a mid-90s, Laswell, death/dub effort and, truth to tell, it's not so far afield from that. Thick drones with a tonal base (or several tonal bases), a certain amount of sharpness within, weaving shards of church bells, voices, choirs, etc. Often very reverberant and pulse-filled but, for me a little too palatable, posing no problems while being not quirte ecstas-producing enough to not worry about having problems posed. It may fulfill the title's definition, but...not my area of interest. 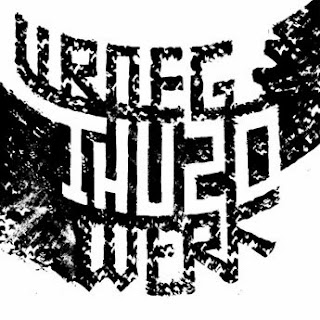 A Holland-based ensemble formed in 1985, THU20 has included Jac van Bussel, Roel Meelkop, Guido Doesberg, Peter Duimelinks, Jos Smolders and Frans de Waard at various times, all of whom appear on various tracks of this 2-disc set (one studio, one live), culled from recordings done mostly in the late 80s and early 90s, with a handful from the oughts. As a generalization, the music (assuming this to be a representative sampling) occupies a territory in the vicinity of Voice Crack and similar groups who often used noise-electronics over a pulse-based foundation. That rhythmic element, which is pretty consistent and always of a mechanical nature, grates on me a good deal. I understand it was something of its time, antecedent to or synchronous with various dystopic forms, ambient to industrial, that were prevalent then, only transferred to a more improvisatory framework, but it serves to drag matters down here. The sheathing, the splatters, bangs, sizzles and other effects are fine, tickling ones ears and agitating in a good way. You only wish they'd be allowed to course through the space unfettered by pulse. There's some death metal-type declamatory yelling a la Boredoms, etc. A little goes a long ways and at 150 minutes plus, I'd long since grown weary.