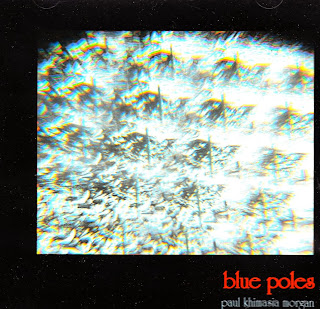 Nine solo tracks by Morgan, relaxedly running the gamut from field recordings to guitars, zithers, bicycle lights and papers of varying dampness. The pieces are brief, from one to seven minutes spread over 33 minutes and seemingly very, very casual, although I certainly can't be sure of this. But they raise the point: how to distinguish the happenstance from the intentional and, of course, whether it's always worth doing at all. The field recording from Nairobi that occupies the disc's first 58 seconds sounds randomly chosen, though pleasant while the ensuing cut features a guitar whose sounds seem pitched halfway between arbitrary plucking and Ellington's "The Single Petal of a Rose". The title cut has soft taps, like someone idly thrumming their fingers on a tabletop with nimb-ic hums and the odd squall while "objectssbrasion"'s flints, papers, tuning forks and foam rubber scurry about noisily and with good humor, causing a general ruckus. So it goes...It's the kind of music that, for me, works better when less concentrated upon, in which case, depending on the volume level (I've done from very low to room-disturbing), it integrates with the surroundings quite well or disrupts things with equal efficiency. I think, given my druthers, I'd have preferred longer tracks but, as is, "Blue Poles" is oddly ingratiating and gradually worms its way under one's skin, irritating and tickling in like ratios. 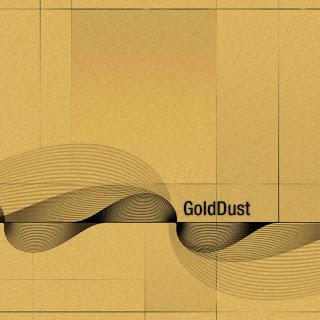 Six pieces culled from The HOUSE Festival, in Twickenham, England, 2011. Each track is introduced by a voice as though preparing a radio audience for the sounds to follow, an odd thing to include on a CD release unless, I guess, it's being used for publicity/educational purposes. It's requested that one uses headphones but I lack those devices. In any case...

Paul Khimasia Morgan's "For Uma Devi" is quiet and subtle, very beautiful, kind of like a condensed, concentrated version of the softer pieces from the above recording, tumbling into what sounds like distant calliope music; lovely. Michalis Mavronas doesn't fare as well with an overly spacey synth work, "Bedroom #1"--too many echoes, bubbly bits and other cliches and too long by half. "Maestro", by Neil Luck, is kind of hilarious, beginning with a swatch of the most banal, infomercial pop you're likely to ever hear, before segueing into overlapped male and female voices enunciating words in English and Japanese, the same words at the same time, occasionally swapping languages (I think the woman is Japanese, the male, English). Once in a while the sappy music bubbles forth, sometimes a voice is heard in isolation. After a few minutes, the male begins mumbling rapidly, the music returns (sounding like extra-sugarladen Chick Corea), the male breathes audibly and coughs and a new voice cycle begins, the words more staggered. Variations go on for a while, that awful awful music insisting on popping its merry, saccharine head to the surface an unhealthy number of times--weird, funny and disturbing; I want to hear more from Luck.

Jon Aveyard's "Captive and Comfortable" appears to be about rustling paper (with perhaps styrofoam or plastic cups) and, I'm guessing from the photos in the enclosed booklet, has to do as much with visual performance as sound. Still, it works well enough as an aural experience, a consistently captivating breadth of textures. Recordings from earlier that day in the vicinity are the material from which Marcus Leadley creates his collage, "House", mixing "natural" ones (insects, water, air) with conversational snatches. It flows well enough, but ends up being a bit innocuous, at best like standing on the sill between a populated gallery and a rural backyard, a potentially enjoyable position but you can do that yourself. Joseph Young self-introduces his homage to Cage, "In a Kitchen", a blend of modest, household sounds with spoken text. It's ordinariness is off-set by a certain amiability and wackiness of text (sentences from various literary works, I believe, as well as a Viagra ad and describing various foods found on the shelves), causing this listener to simply accept and enjoy.

An interesting compilation, shedding some small light on five composers whose work I hadn't known.

thanks Brian! I'd never have thought I'd ever record something that got compared to Ellington? I'm listening to "Single Petal Of A Rose" now and trying to make the leap(!)