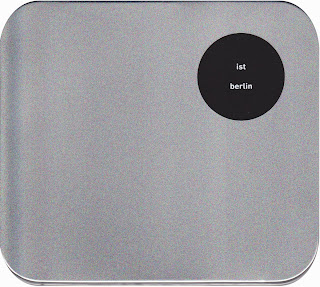 I'm not sure you can call the IST concert from January, 2001 at the Total Music Meeting in Berlin historic specifically, but it does, as Fell writes in his notes on the release, serve as a kind of general marker in the annals of so-called lower case improv. Obviously, there had been precedents for some time, from Malfatti (and prior) on; Fell's own participation in the first Erstwhile recording, "Extracts", released in 1999 would be one example. But playing at an event like the FMP-sponsored festival, to an audience far more accustomed to a Brötzmann tenor eruption than a Davies harp caress was, in a sense, confrontational and Fell's observation on the presence of many younger Berlin musicians in the crowd, some of whom would explore their own quiet paths in upcoming years (I'd be curious to have this assertion documented) allows this half-hour to represent a moment in time that seems noteworthy.

Ironically, compared to much that ensued, the music itself is fairly active! Fell mentions that IST's music evolved over the years, beginning with sounds that were more overtly derived from the more vigorous "efi" form which its members had sprung and here, it seems to be at an interesting balance-point between sparsely occupied and loosely filled space, resulting in a kind of forward lilt that's very captivating. The volume ranges from quiet to a medium range and the musicians, particularly Fell (bass) and Wastell (cello), do a fair amount of pizzicato and otherwise percussive playing that harkens back to the jazzish (if several times removed) work of players like Guy, Kowald et. al., though certainly pared back a good deal. To the extent one can distinguish, not always the easiest of tasks, Davies (harp) appears to be pressing onward, or downward, with the most persistence, into the reductionist sphere. The flow is knobby, those wonderful, wooden knars connected by the most diaphanous of tissues--often quite spellbinding and I'm impressed by the apparent quietude of the audience here, given the nature of the event--and the performance feels complete, the duration expertly judged.

Fine music, happy to have had it documented. 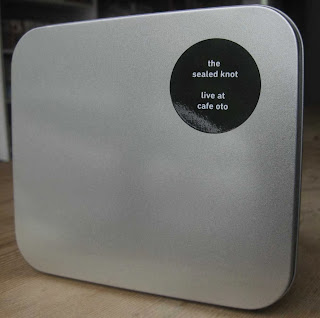 Speaking of history, I'd no idea about the derivation of the Sealed Knot.

It's always a pleasure to hear the work of this fine trio, 2/3 of IST (Fell replaced by Burkhard Beins) but with Wastell having long since switched over to tam tam and all three employing electronics and the resultant sound is entirely apart. We're now into long sounds (though I'm somehow hesitant to refer to it as drones), individual strings sustaining for many seconds but extremely varied in pitch and timbre and, for lack of a better term, particulate nature, while always remaining soft. The use of finely chosen long tones combined throughout with an array of quiet, rapid, gently percussive sounds makes this set, again perfectly circumscribed at about 1/2 hour, work so well. Despite the delicacy, the effect on the whole becomes very rich and reverberant, reminding me a bit of Rowe's solo music circa 2004 but with distance between the elements; there's a strong feeling of three-ness here, fantastic levels of detail. after a (luscious) lull mid-piece, there's a sudden and surprising three-note electronic-fuzz figure as the churning music edges darker by a few degrees before fading into some hollow percolation and wheeze.

An excellent recording, one of my favorites of the year. Welcome back, Confront.

Until the upcoming Confront site appears, available from the usual culprits, including Erst Dist, Metamkine and Squidco