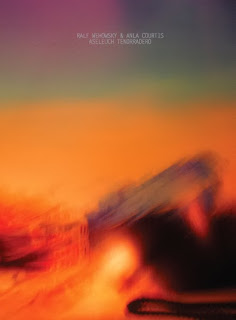 I never really got around to listening to Reynols, just a snatch here and there, so Courtis is pretty much an unknown to me. And my knowledge of Wehowsky is limited to "Tulpas" (which I like a lot) and the odd collaboration (Drumm, Korber, etc). Perhaps bear that in mind when I extol this release--to me, it's extremely fresh and exciting, though I've no idea where it sits in their mutual canons. Using guitars, electronics, tapes, etc., they construct collages of a sort, often with abrupt and unexpected breaks, using a language derived from classic tape manipulation but with a significantly different palette, though I'd be hard-presed to describe just what that palette is. The tracks are largely between three and seven minutes long (in addition to two around 30 seconds), allowing for each to exist as a self-contained composition. I'm almost tempted to say "song", though there's nothing melodic or beat-drive here. Still, I can imagine a voice over much of this material; through the backwards tape, the modulations of (I think) wind howls and such, you can just about reconstruct vestiges of a buried and decaying song.

There's an enormous apparent depth to the layers and the elements within are widely varied in composition, color, dynamics and velocity, making for an entirely absorbing listening and repeat-listening experience. There's also no sense of posturing of showing off--everything seems purposive, several ideas per track, rich but not cloying. They avoid that difficult-to-describe tipping point between excessive activity and...intensive activity, the kind one would find in a handful of soil. Wonderful usage of silent gaps in a piece like "Bal Lileste Ajtdorbeg" where the last half doesn't so much as ebb away as fracture into sparse shards. (btw, I think the titles are in a made-up, almost Borgesian language, though sometimes they seem related to Spanish).

I'm not doing a great descriptive job here, I realize. All I can say is, if you loved "Tulpas", you'll likely love this, though I have little idea what fans of Reynols will think--though I'm guessing most of them will as well. It stands apart, at least a bit, from the general trend and it does so in a very exciting way.

Neither Love & Hate nor Ultra Mail Prod. seem to have a working website, but your can use this one to order:

You can also treat yourself to a taste here 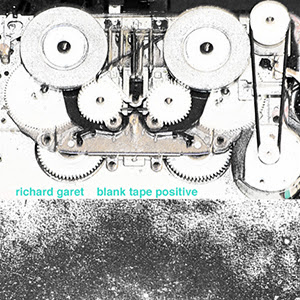 Garet's latest involves the manipulation of modified magnetic tape playback machines, digging into its internal mechanisms, causing the machines to operate irregularly and beyond their original capacities. The results, in two tracks of about 30 and 27 minutes, is somewhat reminiscent of Lescalleet's now classic tape recorder set-ups in that there are various pulses coursing through the pieces because of iterative properties of the device but these are buried and often masked by the noise elements atop which range from juicy thrums to raspy pops and much in between. That sense of propulsion provides cohesion but can also become a bit insistent over these longish pieces. There's substantial change in the colors involved, though the forward drive rarely wavers. Even when things grow a bit spacey, as in the ending minutes of the first track, there's still something of a push in force until it finally collapses, a lonely hum/hiss all that remains. Track 2 begins in a more diffuse, abstract manner, but settles into a chittering semi-repetition, a but more intense and harsh than the first, with some fine, obtrusive clacking elements and some excellent, wild intrusions latte in the track, high-pitched tape gone nuts. It's one of those dicey propositions that depends on how much fascination the listener finds in the kind of sounds employed, in that there's a similar sheen overall. I go back and forth, sometimes immersing myself pleasurably, sometimes wishing I was hearing this in situ, where I'd truly be surrounded by the activity. Garet's music has often accompanied video by himself or others and I could see 'Blank Tape Positive' serving that role very well. 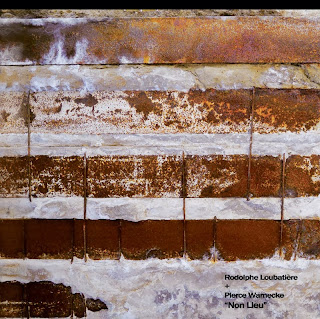 Snare and electronics ruckus, most of the time very active and in skittering mode, Loubatière whipping around the snare (presumably with various implements and attacking from different angles) while Warnecke has an unusually light touch on electronics, more or less approximating the snare's pitch and sound range. Moments of quietude, when they occur, are welcome and very well handled. But overall it's spiky, squeaky, non-stop improv. At it's best, as in much of "Espace Occulte" (my favorite track by far), they achieve a kind of combustible quality that's crunchy and fine. As with many a release, however, I found myself searching for moments of respite and consideration, pieces that might enhance their best, more energetic playing.