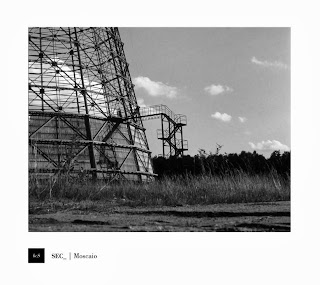 SEC_ is Mimmo Napolitano, a member of several Italian electronic and improvising ensembles, here heard solo using recorders, no-input feedback, radio, etc. The music is rough and ornery, partially out of noise but more reminiscent to me of things like Rowe/Lehn/Schmickler, bearing a similarly brutal and awkward aspect. The sounds chosen give no quarter to the soothing or calm--all is agitated, acid, black & white. While "Swarms of Flies", the first track, sounds like nothing of the sort, "Becoming an Insect" sounds like just that, an intense, aggravating swarm of gnats with bangs that may be hand swats. The title track seems more out of classic tape music, filled with conflicting elements--echoey bangs and static, metallic whines and low rumbles. It shows more implicit structure than some of the other pieces and though it's not my favorite area, works pretty well by its own lights. Listeners poised between cracked electronics and pure noise will feel at home. 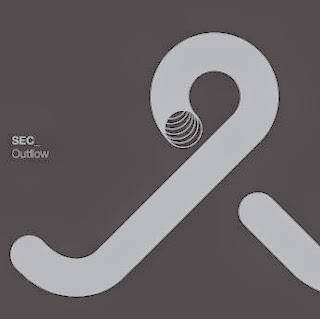 In one respect, this recording isn't so very different from the above: solo SEC_ manipulating various electronic instruments. But the music is far denser and has, without anything approaching beats, more of a propulsive feel, a great sense of the surge. At its best, the sounds approach the power of composers like Dick Raaijmakers, SEC_ using a similarly rich palette. There are even moments, as in "Evacuation" where you hear the slightest hints of heavy metal. When it settles down to a simmer, as on the title track, it remains finely agitated, never really relaxing. It's interesting to me why this connects so much more strongly with me than the music in "Moscaio". It certainly has something to do with the intensity which seems far more focussed here, more channeled. Each track has depth and presence--the disc is strong all the way through. Highly recommended. 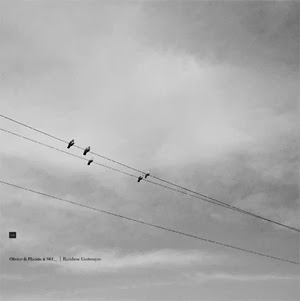 A turntable-like sound seems more prominent in this collaboration (an LP release) though none is listed on the credits, welding some of the same kind of material dealt with in "Outflow" to a Tetreaultian soundscape. I get the impression of many rotating devices here, a circular feeling to a large percentage of the sounds. There's also a rapid-fire, sputtering noise assault that, again, has some of the disjointed aspect of "Moscaio", abetted here by some Roweian guitar noises from Di Placido. And, as in that release I find that the music has slid back into an area more concerned with effect than with a deep body of sound. There's a rapidity of action that outpaces consideration for texture, placement, etc., something I think SEC_ managed to handle very well in "Outflow", though the final track, "_que", hints at the wider spaces of Asian stringed instruments, a welcome respite. As before, listeners into this area, say those who enjoy the stylings of Erik M, will likely not have the same problems as me. 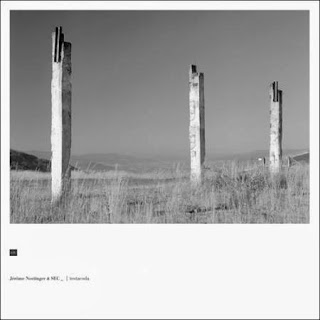 I was all ready for "testacoda" to mean something vaguely horrific, like "last head" but no, according to Google Translate, it's simply "spin". Noetinger, of course, is a long-time master of this field and I have to guess that it's largely his presence that swings the music, once again, back into the realm of the thick and juicy. Perhaps not so much thick as ropey, all these strands connecting small nuggets of sonic material, stretched through space, sticky enough to cause small floating objects and dust to adhere. Side A (this is also an LP) works a bit better than the verso for me, the latter having a share of loopiness that I could do without. But here, the fractured, stuttering elements manage to somehow fuse into a Twombly-like surface, isolated items that on their own might not hold much interest acquire a kind of meaning when set down in sequence or overlapped. Tough to explain, but well worth a listen.

A kind of rocky path, then, traced by these four releases but "Outflow" and "Testacoda" are well worth anyone's listen.

You have a review coming up for 'Karren'?

Forgive me, I'm blanking--I know I should know this but can't think of what "Karren" is--remind me, please!

Ah, of course! Olivia sent me files of this that I've listened to but I didn't want to review off of that. I don't have a turntable here, unfortunately, but if she visits Paris in February, which is apparently a possibility, she hoped to bring a disc version for me.

I've only listened to the digital files as well, but have enjoyed it nonetheless. Looking forward to your thoughts on it