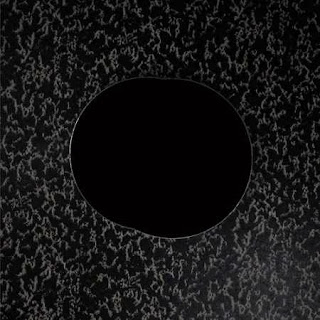 I'd had mixed feelings about the two previous offerings from Coppice, on Consumer Waste and Pilgrim Talk, having the sense that things were still in progress, ideas not fully fleshed out. My first impression here, then, is the opposite, that the pair (Noé Cuéllar and Joseph Kramer) have certainly found their groove, perhaps in more ways than one. Each of the four cuts on Big Wad Excisions (I keep telling myself: think of a thick roll of cash, think of a thick roll of cash...) features one or more prepared pump organs manufactured by Kinder or Estey, presumably of late 19th or early 20th century origins. There are also karaoke machines, boomboxes, tapes, etc. These organs, with their woody tones, seem to be the source of much of the material, including providing the pulses that were present in the earlier release but are much more prominent here.

"Smack Keel" has a grinding, fluttering set of drones weaving around each other, various other repeated sounds surfacing and descending along the way. Though electronics are in play, there's an acoustic feel to the track, as though the buzzes might be from vibrating paper or bellows or exceedingly loose lips on a brass mouthpiece, a welcome airiness suffusing the atmosphere. A delightful, short wheeze ends things. Harsher, cracked electronic sounds begin "Impulses for Elaborated Turbulence (Excised)" before a dead slow, lurching quasi-rhythm manifests, stumbling to a halt and evaporating after just a few moments; pretty funny. "Sop" is the longest track, many of its tones bringing to mind the dreamier portions of late 60s Terry Riley; it's by no means that bubbly but some of the sonorities are quite similar and much of the music has that downstream flow to it. It's a wonderful piece, with great breadth and exquisite patience, giving the listener ample time to appreciate the play of textures, sandy against fluid, wood scraping metal and has a natural episodic quality, related images melting from one to the other, remaining muted throughout but still conveying a fine sense of dynamics. They make great use of the organs as organs too, summoning almost ghost-like lines from them, as from an ancient wax cylinder recording. If those aren't exhalations from organ pipes late in the piece, they may as well be. A great piece, I could ply this all day. The disc ends with "Hoist Spell", the organs taking on something of a chromelodeon aspect, the static fairly furious (though never overbearing), the deep, dual drone supporting a host of scrapes and small explosions. It's the one track the carries a kind of acceleration, building up steam only to (excellently) falling over the ledge with a thud at the end. :-)