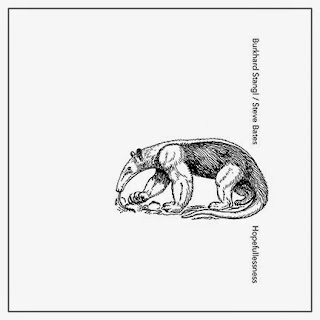 An improvised guitar/electronics duo (Stangl doubling on CD player). The first track begins with quite the rockish fanfare; I'm assuming that's largely due to Bates, whose work I otherwise don't know, a guess confirmed by the eventual soft strumming heard beneath, a sound area much more in keeping with Stangl. It makes for a nice dichotomy, kind of a sacred and profane deal. That piece only lasts some four minutes and leads to the pair of longer improvisations. "One" is slow and thoughtful, very much in Schnee-like territory (without pop covers), a series of resonant chords that perhaps recall Loren Connors, plus some good, harsh static so things don't cloy. Indeed, they threaten to crumble and collapse, the narrative hanging by a thread, before they regroup and head off in a different direction, one of sustained chords and an electric, dripping figure and outward into stormy, molten free form scapes though retaining an essentially rock-like feel. "Three" comes across as the fullest expression here.zAgain, it's fairly mellow and slow-paced but richer and, interestingly, less comfortable, not in an overt way but subtly so--the same rocking motion that lulls you can imprison you. A sparer, less over the top Godspeed might be a referent.

Enjoyable, not essential, but always good to hear Stangl. 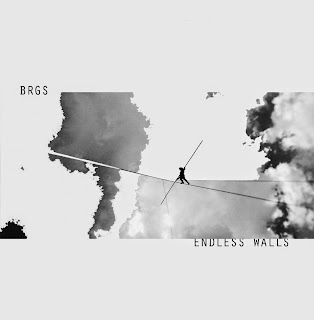 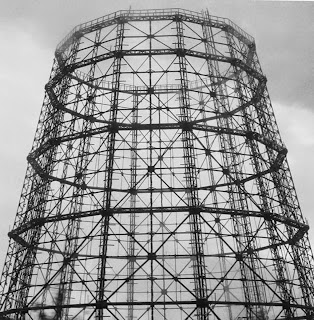 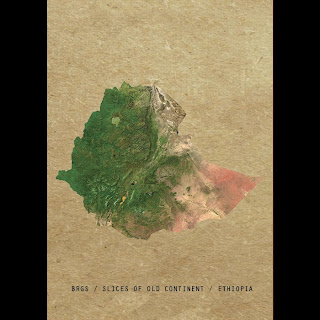 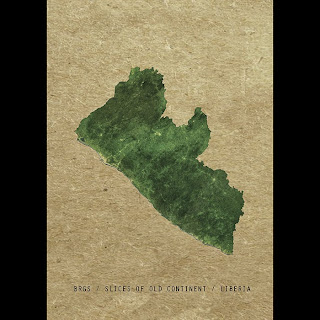 BRGS is Slovenian musician Jaka Berger working largely with percussion and electronics. "Endless Walls" involves subtle and patient manipulation of what seem to be processed percussion samples, including backward tapes. On "Wall 1", they seep in and out of the sound field, giving somewhat the impression of vehicles emerging on a night road, passing by and disappearing--concise and well-realized. The other piece, "Wall 2", uses much the same elements, I think, but is far more active and chaotic. The activity flits by instead of slowly driving through and is, necessarily, more concentrated and varied. On the surface, the music is not so dissimilar from any number of past efforts by others, though BRGS has a nice underlying tonal thing going on, kind of bridging abstraction and melodicism, especially in parts of "Wall 2", in a way that's both appealing and reserved.

"Overture for a New Beginning" is a more ambient affair with BRGS apparently using samples from various Western classical sources over wave sounds and such, melding them into an undulating, shifting loop that acquires a organ/synth-like texture. There's a quasi-pulse lurking beneath that rush the pace more than you think at first, imparting a welcome, partially hidden dynamism. It gradually unspools into a denser, more kaleidoscopic field, the sounds centering around a tuning "A" but also becoming, oddly enough, more interesting as they do so. It gets to a kind of blurred Terry Riley stage, nice and lush, then slowly becomes thinner, more brittle, with new lines appearing within the wall of sound, including something that resembles a clarion call. A single, 36-minute piece that maintains interest throughout, entirely enjoyable.

The pair of recordings sourcing the sounds of Ethiopia and Liberia are both short (16-18 minutes) and essentially process music from the areas via various electronic manipulations, in the former case filtering through backward mutation akin to that done on "Endless Walls"). While it sounds fine, part of me wanted to hear the original pieces, especially the sung ones, without alteration. The Liberian disc uses a bunch of percussion samples (balafons, perhaps), overlaid, with infiltrating voices, very attractive, summoning up a dreamy, Reich-like world.