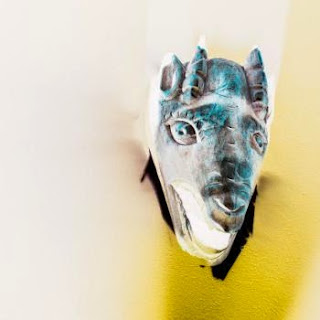 Apparently the second project by Miguel Prado under this rubric (the first issued in the form of a phonographic cylinder), we find the adventurous Galician investigating song form in amanner which recalls, to me, work by his occasional collaborator Mattin from a few years back, though Prado certainly puts his own distinctive stamp on things. The first track, "Serpientes y Escaleras" sets the tone, with a stomping (literally, I think) rhythm and blurred, boomy vocals, like a foggy, isolated Scott Walker. Other elements enter, a swirling hum, a rapid, more mechanical beat, vague voices. "Máscara de Ocelote" fills the space quite a bit more with congas, a bass line and an army of exterior recordings, edging the music toward more traditional song structure, maybe pushing into Hanrahan territory a little. The notes for the album cite "the decadent lyricism of late-70s music" which, not being a devotee of same, I'll take at face value. The vocals, which are similar throughout, certainly generate a lugubrious atmosphere. For me, that only goes so far and I wait to hear a gelling of the band as such (which at times include Rafael and Roberto Mallo, Ruth Barberán and Alfredo Costa Monteiro) which really sets in on Side B. "Segare la Ragazza" combines a nice, semi-regular throb with some fine scratchy scrawl (over, as ever, Prado's vocal wafts like a thick mist) ending with a convergence of struck metal, marimbas and faraway choirs. The density continues to build on "Trece Lunas Nuevas" with a rich syrupy swirl that includes something that actually approximates a guitar (or mellotron...) solo.

I can't say it's my favorite area of music, whatever sub-genre you wish to assign, but what Prado and crew do, they execute very well, resonating with more power than I would have guessed. 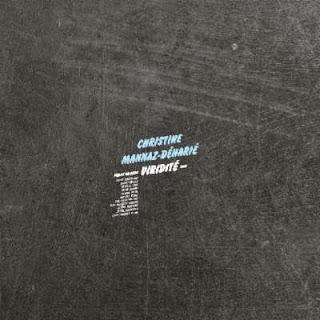 As I understand it, a concert was held in 2010 inside l'Église St. Pierre in Firminy, France, the last building built by Le Corbusier. The participants were Hervé Boghossian, Bruno Capelle, Nicholas Dick, Hervé Durand, Pierre Faure, Mathias Forge, Christian Malfray, Jean-François Minjard, Jérôme Noetinger, Jérôme Montagne and Jean-François Plomb. It was a diffusion-type event, the live sounds processed (by several of the musicians, I think) and re-sent into another (?) listening space via the usual 16-speaker phalanx. For this recording, the results of that event--not sure if this includes both the live sounds and the subsequently processed ones, or just the latter--were then handed to Mannaz-Dénarié to reconstruct or, more accurately, fashion into a new creature. Regular readers may be aware of my general antipathy toward much diffusionist music but, happily, this release lacks that one salient element that turns me off: the sameness of overall sound occasioned by the processing software, what I think of as an aural Photoshop effect wherein, no matter how spectacular the result, there's a nagging sense of blandness lurking within. From the rough patch of static with which the album begins, through the metallic cycling drones, there's a strong sense of air between sounds and, crucially, of essentially different sounds, not all tinged with a common film. Mannaz-Dénarié certainly has a dramatic flair and some of the sections attain a cinematic scope even as they remain entirely abstract. Yes, there are some points at which matters get excessively spacey for my money--certain kinds of bleeps and swooshes I'd prefer not to encounter--but by and large, "Viridité" is string and convincing, establishing a unique presence and maintaing it through roars, whistles, careening electronics and more. Good work. 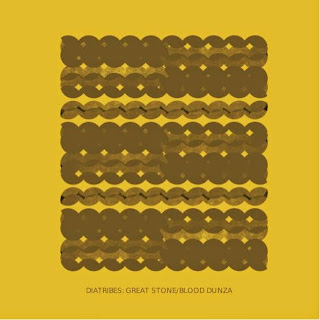 Yet another referential deficit issue for your hapless reviewer. Though I've almost always enjoyed what I've heard over the years, I'm really pretty unfamiliar with King Tubby at any great depth. To take the example at had, I'd never knowingly heard of either "Great Stone" or "Blood Dunza" prior to this recording, though I've since attempted to familiarize myself with them. That said, I'm not sure that were the two Tubby tracks among my all-time favorites, I would have been able to detect their presence, inspirational or otherwise, in the sides from Diatribes (d'Incise and Cyril Bondi on melodica, bass melodica, loudspeakers, electronics, objects and microphones). We're not talking Blind Idiot God here. Yes, there are some examples of echoing percussion and there's an abundance of bass--low, bass sounds, that is, however generated. Leaving the dub aside, I'll say that the recording is a very enjoyable pairing of tracks, replete with long, low hums and spiced with electronic and percussive elements, everything taking its sweet time, elements appearing, hanging around, not rushing off. The melodicas are prominent on "Blood Dunza", a lovely sound, quavering just a bit, imparting a plaintive quality, but very rich, laying alongside the deep bass tones to marvelous effect. Diatribes has, in my experience, been very much about control and here they achieve a fine balance between channeling these lines within prescribed troughs and allowing just enough seepage and overflow to keep things interesting. Do check it out, regardless of dub experience.