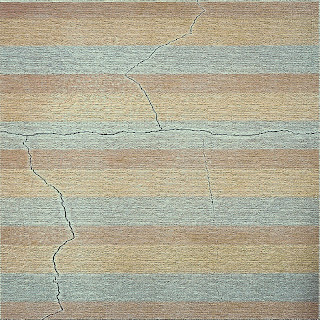 Abstract electronic scapes by NYC-based Acosta, incorporating found sounds and the odd sample. In addition to locating some very tasty sounds, Acosta shows a welcome willingness to sit with them for a while before moving things forward. Things do move and the pieces progress at their own pace until they arrive, but he leaves plenty of time to linger and appreciate elements on their own, as near the beginning of "Without Warning", where simple, open sound exists, not overtly tampered with, for quite a while--some 22 minutes, in fact, until some sines enter toward the end--and I don't begrudge it a second. When you think you detect hidden voices buried within, murmuring, whispering, you're not sure at first--a wonderful sequence, with nods to both Werder and Pisaro. The title track picks up with those sines for several minutes before they're disrupted, fracture, replaced with a rushing water sound (though electronically produced, I think) that's soon underlaid with a deep hum, all of this very immersive and oddly narrative. It's a long piece, though, 26 minutes, and the episodic aspect, to my ears, becomes a bit too forced, the sections like the motorized sequence starting around the 11-minute mark, not so inherently interesting and feeling a bit tacked on, though perhaps that's the point--always hard to say. "Where Does It Go?" closes the release with a rather different take, sines and samples existing in an airier space, the samples including snatches of radio song, PA announcements, etc., emerging and being masked by the fairly pure electronics. The latter get a tad goofy at times, but maybe that's their "answer" to the samples, not sure. As before, there's a lot mixed in, many shifts, but things cohere very well and something genuinely new emerges. Curious to see if this direction is pursued.

Hear for yourselves at Acosta's bandcamp site

Acosta is also involved with a burgeoning label that prmises to be intriguing: 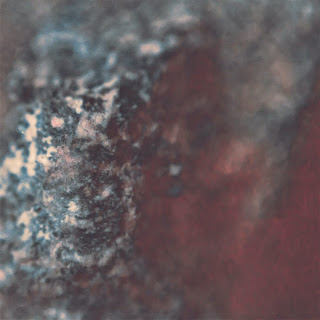 A jam-packed 3", using sounds recorded at Canary Wharf in London and others to generate a shirt story of sorts, filled with incident and stressing looped sequences. We hear first a mechanical action, repeated, a metallic click-clack, the "click" sharper and more in the foreground than the "clack", gulls and ambient traffic hum surrounding. It pauses, then begins again with renewed vigor, the impacts harder (a pile-driver?); hard to tell if this is a loop or not. A darkly sizzling undercurrent appears and the banging acquires an echo as the atmosphere grows more oppressive. Six minutes in, the hammering ceases and we hear only the distant rush of traffic with the odd nearby rustle or squeak, a welcome lull, beautifully enhanced by subtle, low flutters, possibly from the propellors of a boat, which slowly increase in volume only to be sliced off and replaced by the ghostly sound of soft rattles in a large, dark space. The whole enterprise has taken on a noirish character. Again, the intensity surges and another repetitive, mechanical sound appears, two loud ones as though someone's manipulating a massive stapler, followed by three softer ones, almost like heavy footsteps. Clouds of noise form around this core, steamy and uncomfortable. There's something of a Fritz Lang/Metropolis feeling here. It all ends with extreme abruptness. Strong work, well-molded and definitely worth hearing. 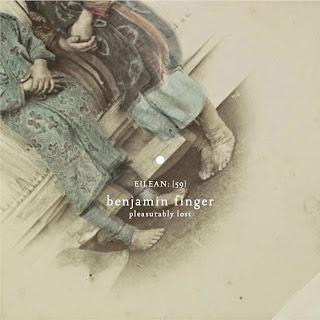 A set of songs, abstracted somewhat but still decidedly songs, in a kind of post-Fennesz tradition, I guess, although there are probably more accurate referents around. In an environment that mixes electronics (including glitch-prov-y sounds), classical instrumentation, fractured and all but indecipherably dreamy vocals, melodies drift in and out, none staying too long, no danger of any hooks being established. Maybe a hint of Badalamenti now and then, especially when there's a gauzy female voice. It all weaves together enough that distinguishing among the ten tracks becomes a little tough, much less picking out favorite moments, but the echoey, (aptly) distorted piano of "Edge of Distortion" stood out as especially evocative, offset by necessary static and electric buzz; I was reminded a good bit of Asher. Overall, it's a bit fuzzy for my taste, though not unenjoyable in a languid, outré pop sense.